Public is invited to respond to online survey now and participate in future community meetings once the COVID-19 crisis is resolved. Public input will provide roadmap to create a vibrant and sustainable market.

Empire State Development (ESD) today announced it is seeking input via a public survey as part of public engagement outreach associated with the initiative to revitalize the iconic Broadway Market, a historic anchor institution in Buffalo’s Broadway-Fillmore neighborhood. As one of the oldest and largest City-owned public markets in the United States, the Market is seeking to solidify and expand its customer base of faithful community patrons and annual holiday shoppers into a steady clientele that will help support and sustain the 90,000-square-foot site—and fuel neighborhood development. The project’s lead consultant, CJS Architects, is asking for the public’s feedback via the survey on a variety of issues including the mix of market vendors, market appearance and operations, and non-food businesses and services. The feedback will help create a roadmap for implementation and capital improvements that can contribute to the market’s renewed vibrancy and sustainability. Once the current coronavirus (COVID-19) public health crisis is resolved, CJS Architects and its team will be scheduling community meetings to discuss the project goals and to collect additional feedback on that Market’s future.

“The Broadway Market is a transformational project for the city’s East Side,” said Empire State Development Acting Commissioner and CEO & Commissioner-designate Eric Gertler. “This is the public’s chance to provide input on the next phase of renovations and on ways the market can be better integrated into the fabric of the Broadway-Fillmore neighborhood.”

Governor Andrew M. Cuomo has committed $4 million in state capital funds to ensure the Market is a sustainable and vibrant shopping hub and regional destination year-round. As one of the oldest and largest City-owned public markets in the United States, it is a focal point for Broadway-Fillmore Neighborhood residents as well as a seasonal holiday destination. In addition to the Market’s historic importance, the site is also a food shopping destination for residents seeking a diverse selection of affordable ingredients, prepared foods and neighborhood services.

Buffalo-area residents are encouraged to provide feedback through a survey that is available at https://www.surveymonkey.com/r/BroadwayMarket2020, as well as on the Broadway Market website and Facebook page. Once the current COVID-19 crisis is resolved, CJS Architects and its team will be scheduling community meetings to discuss the project goals and to collect feedback on the Market’s future.

Revitalizing the East Side has been a continued focus of the Buffalo Billion.  As part of the 2017 State budget, the Governor and the State Legislature funded a second round of Buffalo Billion funding, totaling $500 million. Working in partnership with Mayor Byron W. Brown and City of Buffalo staff, state officials have targeted a portion of this funding for strategic investments along Buffalo’s four East Side commercial corridors. As part of this strategy, $65M in state funding is dedicated to the revitalization of Buffalo’s East Side through transformational capital investments in nine investment areas along four East Side Commercial Corridors (Michigan Avenue, Jefferson Avenue, Fillmore Avenue, and Bailey Avenue).  The $4 million in capital funds for the Market will seek to ensure it is a sustainable and vibrant shopping hub and regional destination year-round.

The lead consultant team for this project, CJS Architects, is a Buffalo-based firm that brings 40 years of experience in the design of public and private developments and urban planning projects. Working with CJS Architects is Public Market Development (PMD), a wholly-owned entity, founded by its principal Aaron Zaretsky. PMD has provided conceptual, development, fundraising, feasibility, siting, business planning, marketing planning, management and design services to more than 50 cities, counties, economic and community development entities, private nonprofits and private developers for over 40 years, focusing solely on public markets. Notably, Zaretsky was the Director of Seattle’s Pike Place Public Market during its $65 million renovation.  Also part of the team is Developments by JEM, which has over 25 years of community outreach experience, primarily engaging with communities on Buffalo’s East Side by creating road maps for viable and sustainable projects that produce economic development and enhance quality of life.

“The future success of the iconic Broadway Market requires it to be an anchor for the continued revitalization of the Broadway-Fillmore neighborhood. That means is needs to attract a diverse mix of shoppers, including the neighborhood’s long-time residents and new immigrant population, while also drawing foodies and culture seekers from across our City and region,” said Mayor Byron W. Brown. “I strongly encourage participation in the survey that will drive New York State’s $4 million investment, and build on the more than $2.6 million my Administration has spent on the market since 2009, with another $1.6 million committed to physical improvements.”

“We are very excited to participate in the revitalization of Buffalo’s East Side,” said Robert E. Stark, AIA, CJS Architects’ partner–in-charge of the project.  “We believe the resurgence of the Broadway Market can serve as a catalyst to neighborhood redevelopment, but can also become an important destination that will draw visitors from around the city and the region.”

The unfolding COVID-19 crisis has significantly affected how events and gatherings are held.  A planned public meeting and additional community engagement hosted by CJS Architects to further guide the team’s design and business planning developments is postponed until further notice.

Original Article can be found here. 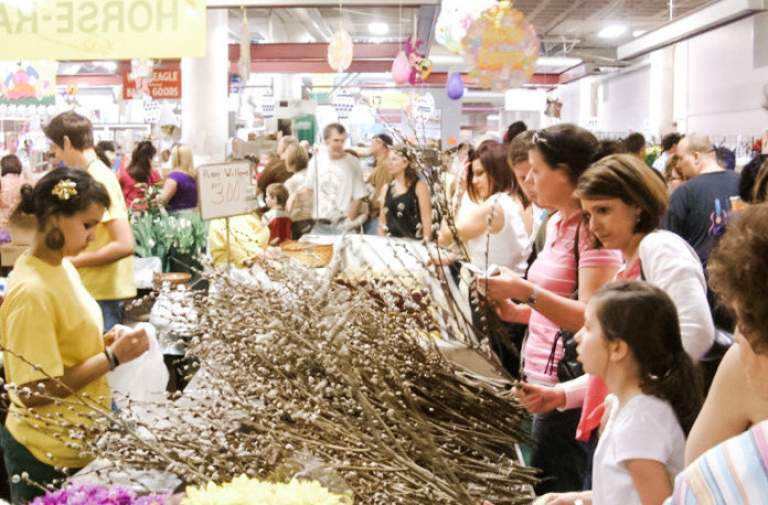