ITHACA, N.Y. — It's been a little while since the last update on the Chain Works District. On the one hand, it seems impossible to not pay attention to — when fully built out, the project would offer over 1.7 million square feet of renovated and new mixed-use space, including 915 residential units. For comparison, the project is more than twice the size of the next largest project in the local area, Cornell's 2,000 bed North Campus dorm expansion.

On the other hand, the Chain Works District has been in planning for over five years and going through the project approvals process for over three years. A lot happens in half a decade, and one can be forgiven for focusing on other things. Even its developer has thought so - Unchained Properties LLC is led by Dave Lubin, the businessman who is also in charge of the Harold's Square project underway on the Ithaca Commons.

To be fair, most projects don't take over three years to get approval (getting built is a different story). The Chain Works District is arguably the most difficult site to work with in Tompkins County. The old Morse Chain / Emerson Power Transmission site at 620 South Aurora Street covers 95 acres in two municipalities, an existing 800,000 square-foot vacant factory, and as much of the community is aware, contaminated soils occupy parts of the property, with hazardous compounds like carcinogenic tricholoroethylene (TCE) used as a degreaser on the chains once made on-site.

But the approvals process may be in the home stretch. At a meeting earlier this work, the town of Ithaca's Planning Board and Town Board, which serves in an assisting role to the city on project review, began reviewing and planning to vote on whether or not to accept a findings statement, and the city planning board recently accepted their own findings statement.

For a big, complex project like this where an Environmental Impact Statement (EIS)is needed, after the Draft Generic GIS (generic because it covers the whole site) is reviewed and commented on, and when the voluminous Final Generic EIS is submitted, both the city and the town have to review it and draft their own findings statements that decide whether or not all the proposed mitigations, the impacts and issues and ways they will be addressed, are adequate. For those with time to kill, the FGEIS is here. It's taken a couple of years to get to this point. Even if the town accepts their findings statement, there is still a lot that needs to be done.

"Once all of the Findings Statements are adopted, then the project moves from the environmental review stage to the site plan review stage, which will involve meetings with both the City and the Town Planning Boards. The City Common Council and the Town Board will also need to officially rezone the Chain Works properties, and that will also involve meetings of those boards," said Town of Ithaca Planner Chris Balestra.

Here, the environmental review looks at the impacts of the development as a whole, things like traffic, stormwater runoff, and the soil cleanup. A site plan review would look more closely at individual building plans and layouts, in this case the first phase of the project. The first phase calls for renovations of four buildings on site - Buildings 21 and 24 would be renovated into 179,000 square-feet of mixed commercial and residential space, and Buildings 33 and 34 would be renovated into 171,000 square-feet of modern industrial/manufacturing space. Building 21 and 24 are in the city, and buildings 33 and 34 are in the town, so they need to undergo their own site plan reviews.

The city's portion of phase one also has to visit Common Council, and the town's portion has to go to the Town Board for specialized zoning (PUD and PDZ respectively, same thing different name) to allow non-industrial uses on an industrial site. If you're looking for something simple and easy, this project isn't it.

"(T)he whole point of going through the EIS process is to identify and potentially mitigate major outstanding environmental issues.  The Findings Statement synthesizes the issues identified in the GEIS and provides for those mitigations (environmental remediation, traffic mitigation, etc.).

The town and city’s individual findings statements contain a lot of required mitigations that will need to be worked out before and/or during the site plan review processes for each municipality.  Many of the mitigations will be carried over as conditions of approval that will need to be met before final approvals are granted. We expect the city and town resolutions for the project to contain similar lists of conditions," said Balestra.

Balestra added that the zoning differences between the city and the town shouldn't be an issue.

"Each municipality will conduct their own separate site plan reviews, following the requirements in the PUD/PDZ laws, and keeping the GEIS Findings Statements in mind...(t)he PUD/PDZ language has already been developed and worked on as part of the environmental review process.  Both documents are included in the Chain Works GEIS, and both the city and the town have reviewed each other’s regulations, the language is identical in many places."

In sum, there are still a number of meetings and PDF submissions and Q&A sessions left before the Chain Works District gets its municipal approvals. The massive project also needs the New York State Department of Environmental Conservation to sign off on a cleanup procedure and monitoring plan that would allow residential uses on the property (which Emerson has to pay for). However, all of this isn't as time-consuming as it might sound.

"The City approvals should be a part of the May 1st meeting," said Vicki Brous, the outreach coordinator for Unchained Properties. "Our expectation is that State approval from the DEC should be complete in August or September. After these approvals, the property acquisition will be finalized and the project can begin."

Originally reported by Brain Crandall at The Ithaca Voice 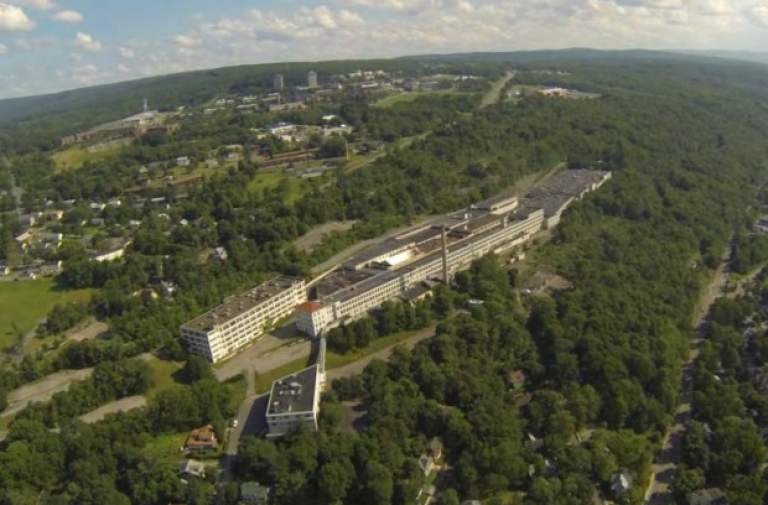 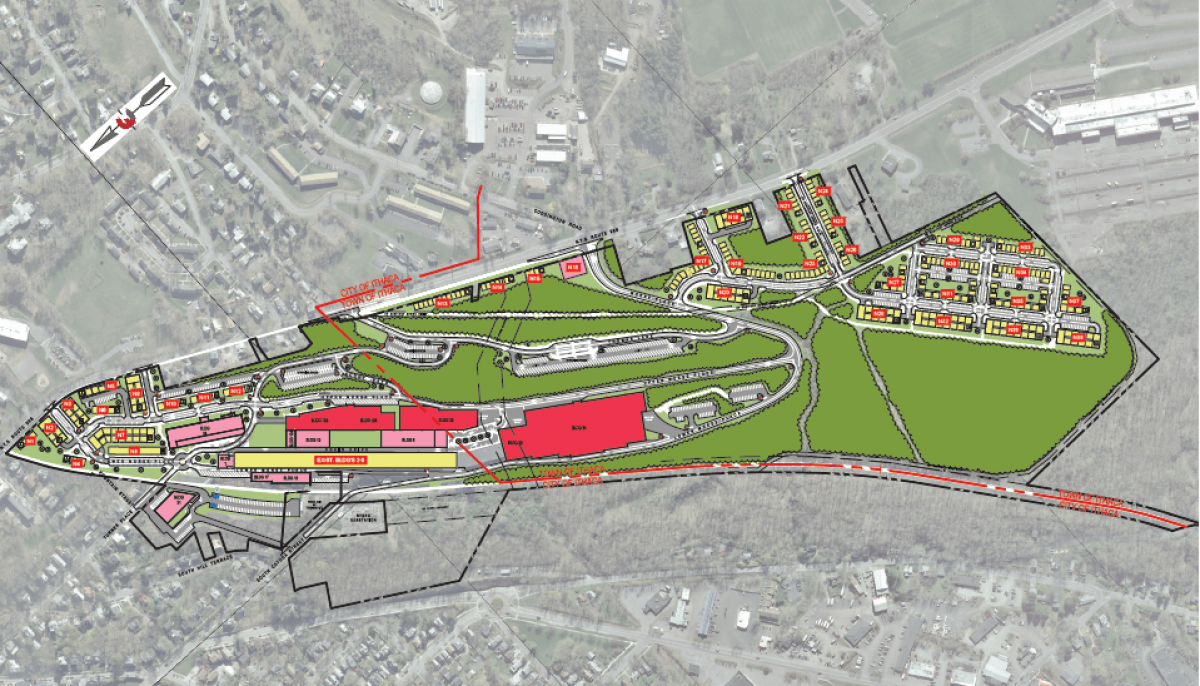 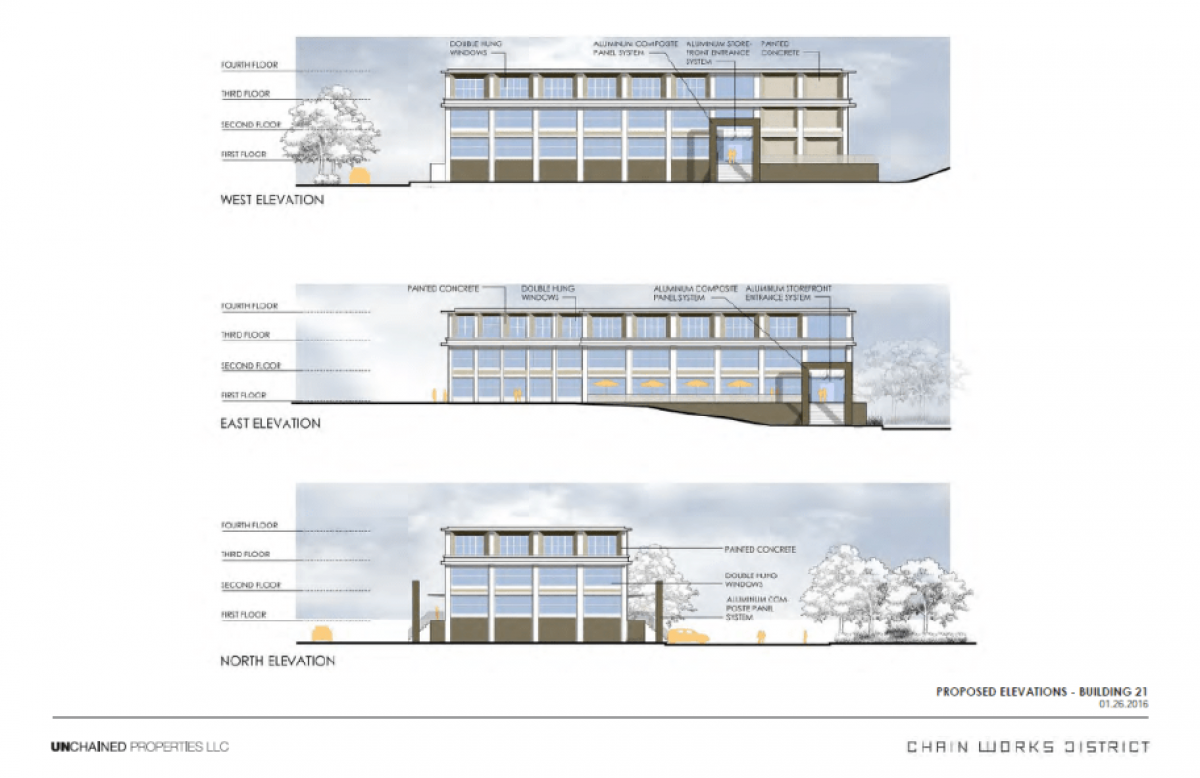 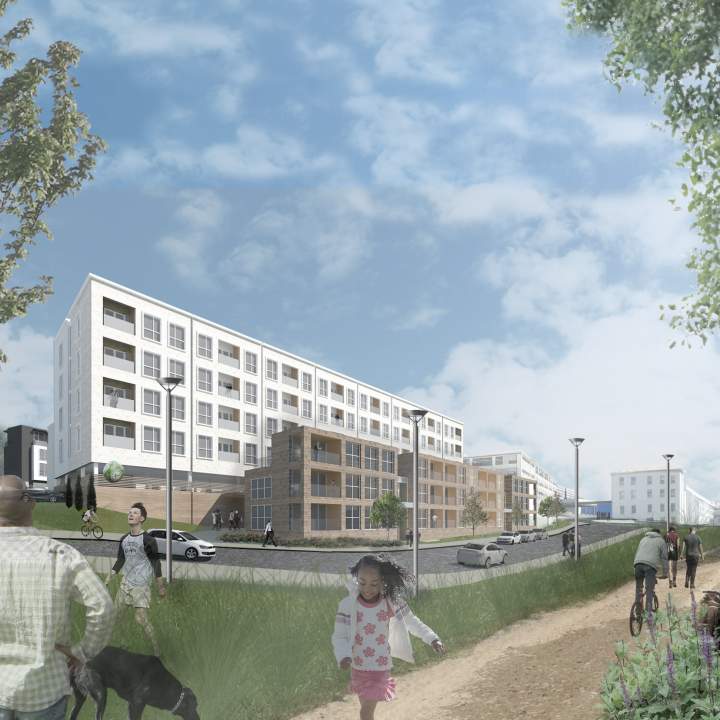