SENECA FALLS — The arrival of spring will see the return of hammers, saws, nails and other tools to the first floor of the former Seneca Knitting Mill.

Work has resumed on the bottom floor of the building, which is being converted to the new home of the National Women’s Hall of Fame. The goal is to complete the first floor so it can opened to the public by the end of the year, transferring from the 76 Fall St. location where it has existed since being established in 1969.

“This building was built in 1844,” Hermanson said. “They obviously don’t make them like this anymore. Everywhere we look we find interesting problems to overcome to convert this to the place worthy of the Hall of Fame. We’ve got good contractors. We’ll put our heads down for the rest of the year to get the first floor ready by the end of the year.”

On the first floor, Delaney points out support pillars that former Knitting Mill workers wrote messages on in their final days of work before the mill closed in 1999.

“We are going to restore and maintain these messages the best we can,” she said, noting the building will include the history of the mill as well information on the famous women inductees.

The Knitting Mill was a major employer of women during its long history. One message still visible on a pillar is from Lori Zona, who wrote “Good bye Seneca. We’ll miss you” on Jan 6, 1999.

Hermanson said the state Historic Preservation Office has worked closely with Hall officials and contractors on the restoration and conversion project, emphasizing the importance of preserving as much of the historical features of the building as possible.

“They been very helpful, not an obstacle,” Hermanson remarked.

The building will have an elevator. The wooden stairs on the south side will be restored, but not used by the public.

“We found 6 inches of pigeon guano on the top floor,” Hermanson added. “We had to shovel that out and sanitize the floors.”

“Contracts are signed, and we are working on schedule to have the first floor ready for move-in by the end of 2018,” said Betty Bayer, professor of women’s studies at Hobart and William Smith Colleges in Geneva and co-chair of the Hall of Fame project.

Phase I involved stabilizing the building, installing new windows and lintels, stabilizing the walls, cleaning and repointing the limestone, and removing brick buildings on the east and west sides of the original, 1844 limestone structure.

Phase II will involve the interior work on the four floors, with the immediate focus on the first floor.

Bayer said fundraising is ongoing to make sure the future phases can be completed. The Hall plans to offer naming rights to major donors. So far, the work has been paid for through fundraising, donations and grants. 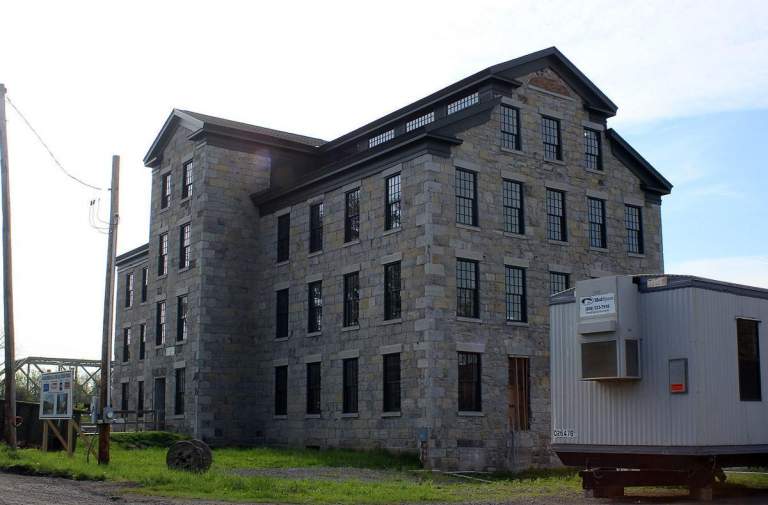 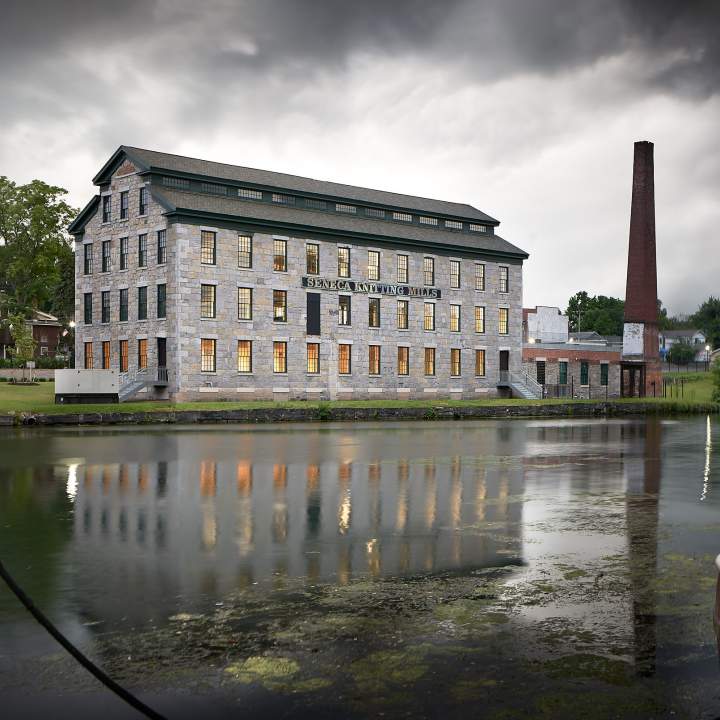