When officials and sports coaches inside the Rochester City School District look at facilities around Monroe County and beyond, they see a need to modernize their campuses.

There is an understanding that buildings and ballfields are two ways schools advertise what each has to offer to students. So district officials said work continues during phase two of four of a possible $1.5 billion "global district revitalization," according to its chief operating officer.

"We just have to get this right, the facilities, the classrooms," Michael Schmidt said.

The district's latest project was unveiled at Monroe High, with a ribbon-cutting ceremony Saturday at the school on Alexander Street in Rochester. About $80 million in renovations were made to the building and field on the campus, which is within walking distance of downtown Rochester.

Work has taken place at Monroe for 36 months. The fourth and final phase includes the installation of a pool, replacement of windows, upgrades for parking and smaller-scale work to be completed in 2019 or early 2020, according to Schmidt.

"This was a gutting with complete renovations," Schmidt said.

An estimated $3.5 million went toward a turf field, bleachers, scoreboard and rooms for athletic teams, physical education classes and coaches, according to the district.

Monroe also has a new weight room, which officials are much more willing to describe as a fitness center, and a new gymnasium. The boys and girls basketball teams now can play home games at the school, instead of at School 33 on Webster Avenue.

"It's a facility, not just a field," Monroe assistant principal and varsity football coach Jason Muhammad said. "An outstanding facility."

The old gymnasium was converted into a cafeteria that will include flat-screen televisions. Next to the cafeteria is a modern school kitchen, where classes can also take place, and the district has additional plans for more widespread use.

"All of our district catering is done there (from this month forward) and that's done by the students," Schmidt said.

Monroe has more than 80 classrooms. Each will have a microphone system, routers, air conditioning and smartboards linked to teachers' workstations.

The library also has a new look, with new walls, bookcases, computers and other technology used for education.

"It has motivated and inspired everybody," Muhammad said during a tour, while work was being completed. "Everybody. Everybody. We're ready to get started."

Other Improvements for athletics at Monroe, include a lobby for the gym with a concession stand and seating area, are also part of the fourth and final phase of the Monroe renovation project. The most visible piece of this project for the public is the turf field with a scoreboard, despite the lack of lights because the campus is in a neighborhood.

New facilities open elsewhere
The Monroe Red Jackets are among a group of teams in a variety of sports that have played or will play games on new, multipurpose fields.

Construction began in July at Gates Chili for two fields side by side, one grass and the other turf, with a two-way press box in between. Both fields will have lights and scoreboards. The plan is for the grass field to be surrounded by an eight-lane, navy blue all-weather track.

"Everyone is going to be on the turf field (for use)," Gates Chili athletic director Patrick Irving said. "We're going to host a lot of track events. The grass field is going to be an additional space for practices and competitions."

Completion of construction is expected in the summer of 2019. Gates Chili's football team will play all of its games off-campus, with the homecoming game Sept. 28 at St. John Fisher College. "Senior nights" for the field hockey and both soccer teams are Oct. 6 at The College at Brockport.

Geneva's varsity football team won its season opener on a new turf field Aug. 31. The Panthers played their home games at Hobart and William Smith Colleges while Geneva's new stadium was being put together.

"They were great to us, but we didn't have a locker room,"  Geneva coach Michael Pane said.

Brockport High teams have a new turf field, while Churchville-Chili unveiled its athletic field Tuesday with a ribbon-cutting ceremony and a boys soccer game.

Monroe is the fourth high school campus in the Rochester City School District where a new turf field was installed since the 2014-15 school year. East High was the first, followed in 2016-17 by Franklin and Rochester Early College.

"Each building goes through capital improvement or a facility modernization," Carlos Cotto, the district's director of health, physical education and athletics, said. "There is a plan; every five years our schools are looked at for their overall needs. Since 2014, it's not just about infrastructure, but also these elements (athletic facilities).

"It's become something that is discussed in the planning at a particular school. Some of the buildings do have needs which need to be covered now, but these fields have become a part of that checklist in determining in whether to move on a project."

Each of those projects cost $2 million to $3.4 million, according to the school district. There is more to be done at Rochester Early College, as the press box is inadequate and a factor in why Wilson plays its home football games at Marina Auto Stadium.

Most likely, Edison is the next RCSD high school in line for a "revitalization," Schmidt said. With approval of the state Legislature in 2019 or 2020 and if construction proceeds according to plan, Edison will have a broadcast television studio, new art rooms, auto bays, engineering space and robotics center among its features.

"It's such a big building," Schmidt said. "Phase 3 (at Edison) will be about $75 million. That will revitalize the entire campus, including the athletic facilities."

Schmidt said the district's progress with its "revitalization" is possible because of what he called "seamless" cooperation between its board of education, the office of Rochester Mayor Lovely Warren, City Council, its Joint School Construction Board, state senators and assemblymen. Schmidt is the vice chair of the Rochester City School District's Joint School Construction Board.

Muhammad used "absolutely incredible" more than once, as he compared the new Monroe to the Marshall campus on Ridgeway Avenue, where he also was an administrator and coached football teams.

"Everything is brand-new. Everything is first-class," Muhammad said with a hard hat on, as he looked up and down some of Monroe's interior walls. "Everything is in school colors (red and blue).

Published by James Johnson at the Rochester Democrat and Chronicle. 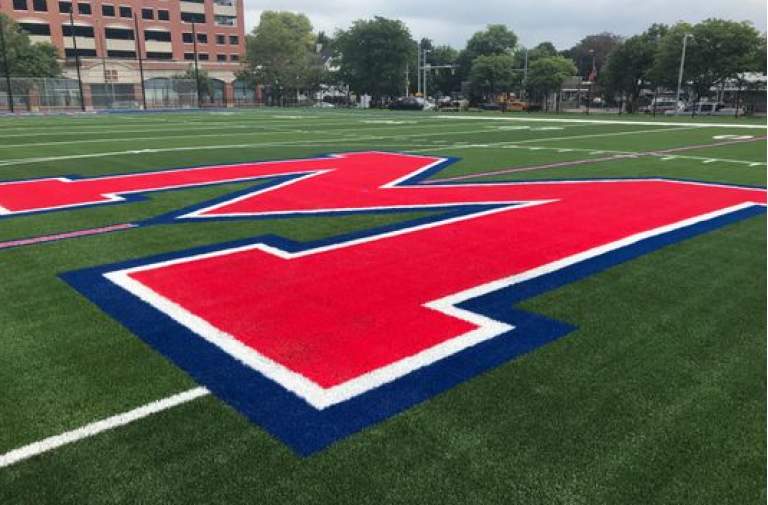 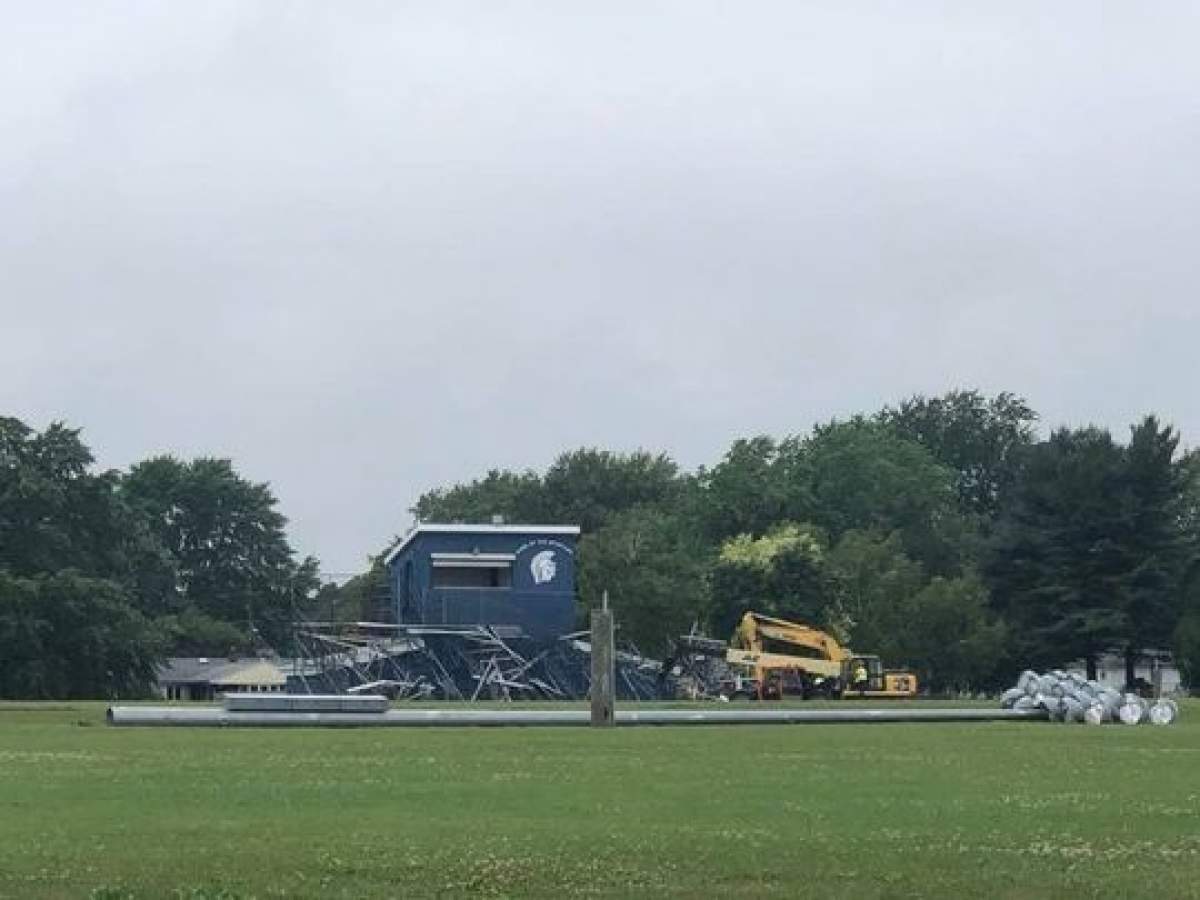 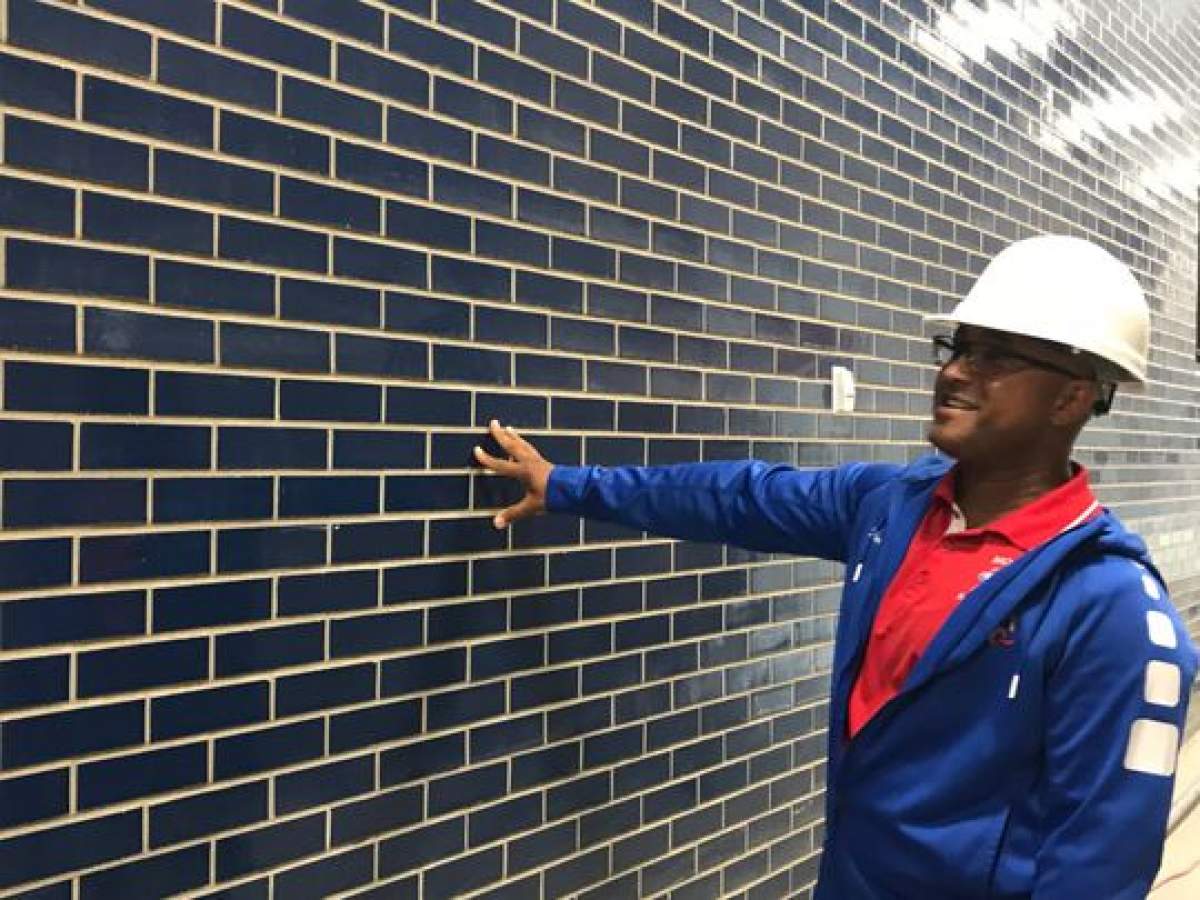 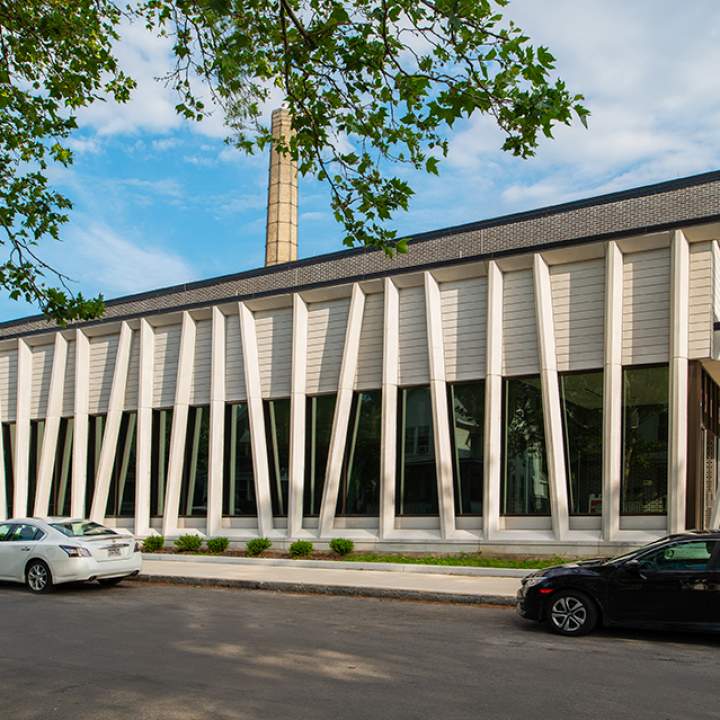