Hartman’s Distilling Co. in line to open at The Cooperage

I never really thought too much about it before, but Buffalo now has its own little distilling trail and has become a real destination when it comes to its distilled spirit producers.

It was Justin Hartman who opened my eyes to this sentiment. Hartman and his wife Jennifer, and their family partners Bob and Lisa Hobba, are days away from opening Hartman’s Distilling Co. in the Old First Ward. The distillery will join a band of other distilling operations in Buffalo, much the same way that the brewery scene has taken off in WNY.

Hartman, who originally hails from Buffalo, has spent his previous years as an attorney in the NYC area. A few years ago, he caught the bourbon bug and began taking classes. His first class happened to be at Black Button Distilling in Rochester (they also have a location in Buffalo). From there, he found himself traveling to Kentucky, and Colorado, and as his hobby spiraled in new directions, he soon began to craft plans to open his own distillery. Of course that meant that he and his wife would move back to Buffalo, to pursue the dream.

“Originally, bourbon was something that I could bond with friends and family over,” said Hartman. “But eventually it became a career calling. I still remember coming back to Buffalo for a short trip, and meeting with Ellicott Development. At the time, The Cooperage (55-59 Chicago Street) was not on anyone’s radar, but I remember them saying that it would be a great building for a distillery – that was around four years ago. Then, a few months later they called and said that they had purchased the building, and would I be interested? Until that point, nothing else was a good fit. I immediately said yes. It’s perfect. We will occupy just under 5500 square feet in the building. Plus, we are in great company with Resurgence Brewing and Central Rock Gym. It’s incredible – you should see all of the buses that pull up to this building on a daily basis.”

In order to make the process of opening even smoother, Hartman hired Cameron Rector as bar manager. Rector has made a name for himself locally in the restaurant industry, namely for his former establishment Vera. “Having a qualified bar manager from the start makes so much sense,” mentioned Hartman. “Cameron knows the flavor profiles, which is very handy during the distilling process. We already have a bourbon product – we purchased a high rye bourbon and a high wheat bourbon. We will be featuring our own brands, but we will have a full bar with other spirits, as well as draft beer (of course Resurgence will be on heavy rotation). We are also working on a vodka and a gin. There will be a small kitchen, serving up entrees such as sandwiches – people can eat and drink in our 2700 square foot tasting room.”

Right out of the distilling gate, Hartman’s Distilling Co. has installed and is working with a 2500 liter hybrid pot still, supposedly the largest in NY State. Then there are four fermentors, 550 gallons each, along with a 600 gallon mash tun. Hartman mentioned that they are ready for distilling as soon as they get their C of O, which they will then send along to the SLA to get their license. They are hoping that the C of O comes in on Wednesday, and from there everything else will fall into place. The goal is to open before Thanksgiving.

And what better thanks, than to receive such an auspicious gift just in time for the holidays. Not only did the essence of The Cooperage get saved, we landed three super quality businesses that are coming together to create another sensational waterfront destination. It really doesn’t get any better than that!

Article was written by Queenseyes at Buffalo Rising. 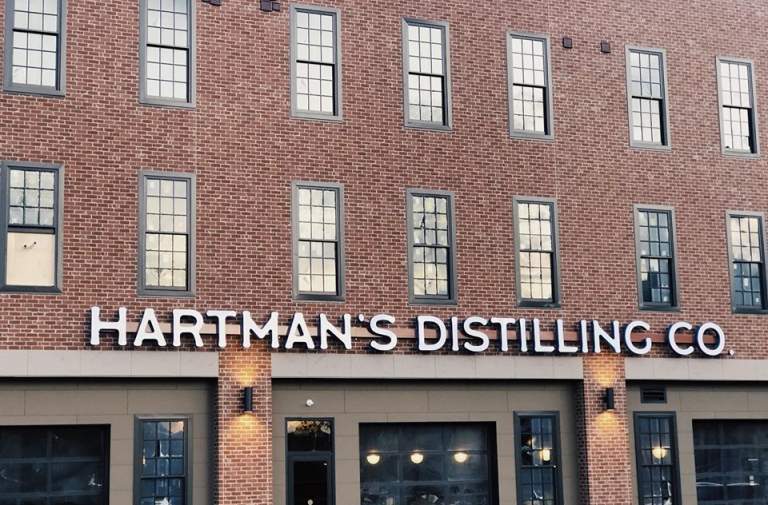 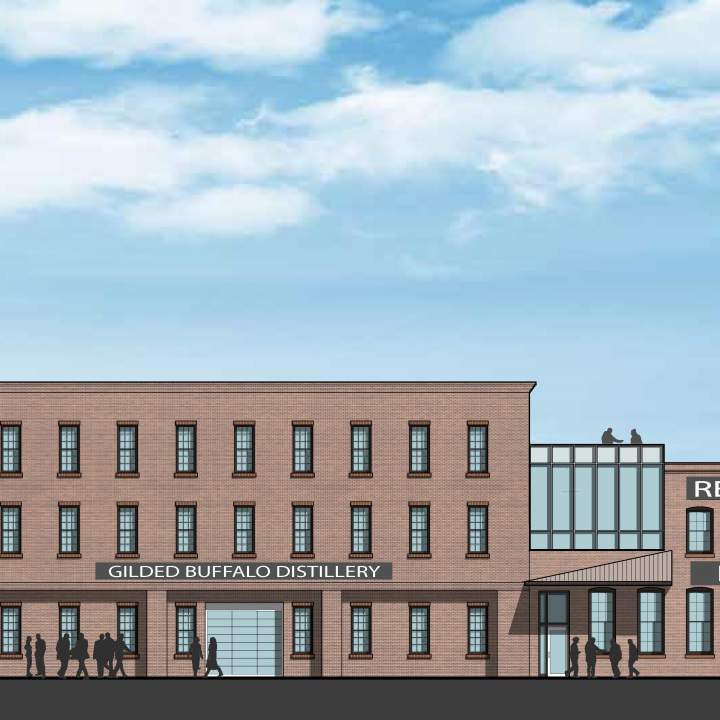