A $1 million grant from the Ralph C. Wilson, Jr. Foundation has launched the Buffalo Scholastic Rowing Association’s fundraising efforts for its new rowing center one giant length closer to the finish line.

The grant is the largest gift the BSRA has received for the Patrick Paladino Memorial Boathouse, based on the original donation of land from the Paladino family, and will be used for the construction and management of the center located at 405 Ohio St. on the Buffalo River.

“The Ralph Wilson Foundation came on the radar screen a year ago, and it became serious about six months ago,” said BSRA president Mark Kostrzewski, one of the original founding members in 2010. “They visited in July and loved the site, community, the fact it was involved with youth sports and education. We checked all their boxes.”

The amount accounts for nearly half of the organization’s $2.1 million campaign and leaves the BSRA roughly $250,000 away from its goal. It will also allow the nonprofit community-based organization to hire two more full-time staff members.

“It’s been a long seven years, but this dramatically speeds up the timeline,” Kostrzewski said. “One of the problems with applying for grants for a project is, where do you stand? Is this thing really going to happen? It’s a heavy lift when you have to start from the 1-yard line and have to go 99 yards.

“All the little grants we’ve gotten have shown the foundation that we’ve been working diligently on this for a long time. It will be a lot easier to get that done now. The gap is small enough to do that.”

Steelworkers are currently at the site enclosing the building, which is set to be completed by the end of the year. Workers will then turn their attention to the inside starting in January. Kostrzewski is hopeful that the third phase of construction, which includes sidewalks, landscape, walkways, railings, dock installation, ramping and other amenities, will be finished in June.

“We already have people that want to have their wedding there,” Kostrzewski said. “Some have expressed interest in having graduation parties there in June.”

When completed, the two-story, 16,000 square-foot boathouse will accommodate 75 shells and annually serve an estimated 500 youth and adult community members through Adult (Masters), Learn-to-Row and We Can Row programs. The facility will have classrooms, offices, fitness and training space, locker rooms and a kitchen. The current building at the same site is between 5,000-6,000 square feet and serves about 150 kids and 50 adults.

“We want to double that impact,” Kostrzewski said, “especially with city schools, both charter and public schools.”

“We want this to be a permanent, world-class site that will be a great building for the community and neighborhood,” Kostrzewski said. “Our mission is to prepare young men and women for rowing and life one stroke at a time, and that’s what we’re going to be able to do down here for the next 50 years.”

The BSRA is the latest local business to benefit from the trust set up by the late Ralph Wilson through the $1.4 billion sale of the Buffalo Bills to Terry and Kim Pegula. Roswell Park Cancer Institute, the Albright-Knox Art Gallery, Kaleida Health, United Way and Hospice Buffalo are among those that have also received grants.

“This was a great opportunity to join other funders in helping to bring the Buffalo Scholastic Rowing Association closer to the finish line in completing the new boathouse,” said Jim Boyle, the Wilson foundation's vice president of programs and communications. “We’re not only excited for this project to introduce new water sports and recreation opportunities to more students from the local public schools and the broader community, but also the potential for this center to connect to other recreational paths for walking and hiking around the Middle Harbor and the Buffalo River.”

By Corey Desiderio at The Buffalo News 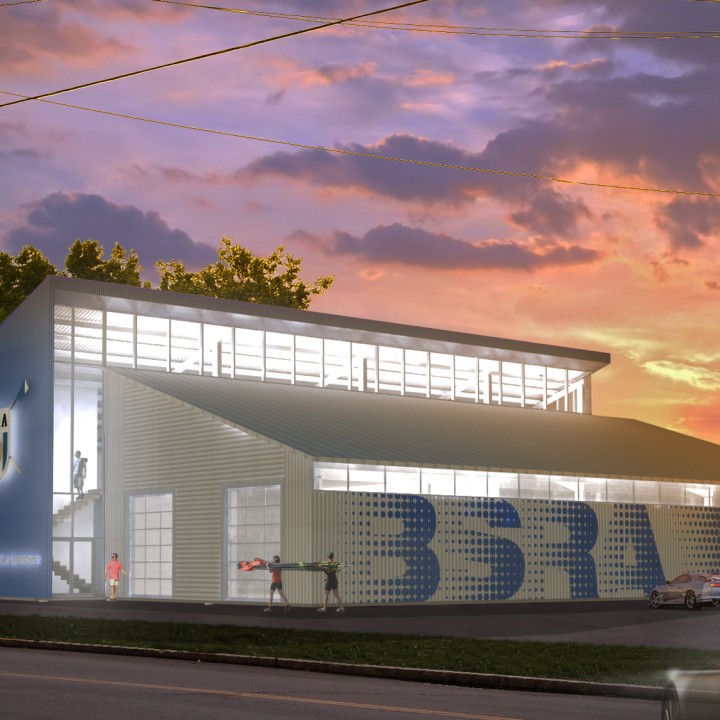