The City of Rochester offers an abundance of year-round social, cultural and athletic programs at its Recreation and Community centers for youth, teens and adults.

The City was interested in upgrading an existing recreation center in an urban neighbor-hood because the facility was in poor condition and lacked ADA compliance. The plan was to renovate part of the structure and to add an addition.

Portions of the existing structure were demolished and an addition was added along the entire east side of the remaining building. A game room was constructed at the height of the exiting stage in order to elevate it and the windows above the street. Offices with large windows were located at the center of the facility with encompassing views to the game room, gymnasium, pool, hall, entrance and parking which added a layer of security. Doors to the interior hall and also toward the exterior near the pool were included in the toilet and shower rooms. 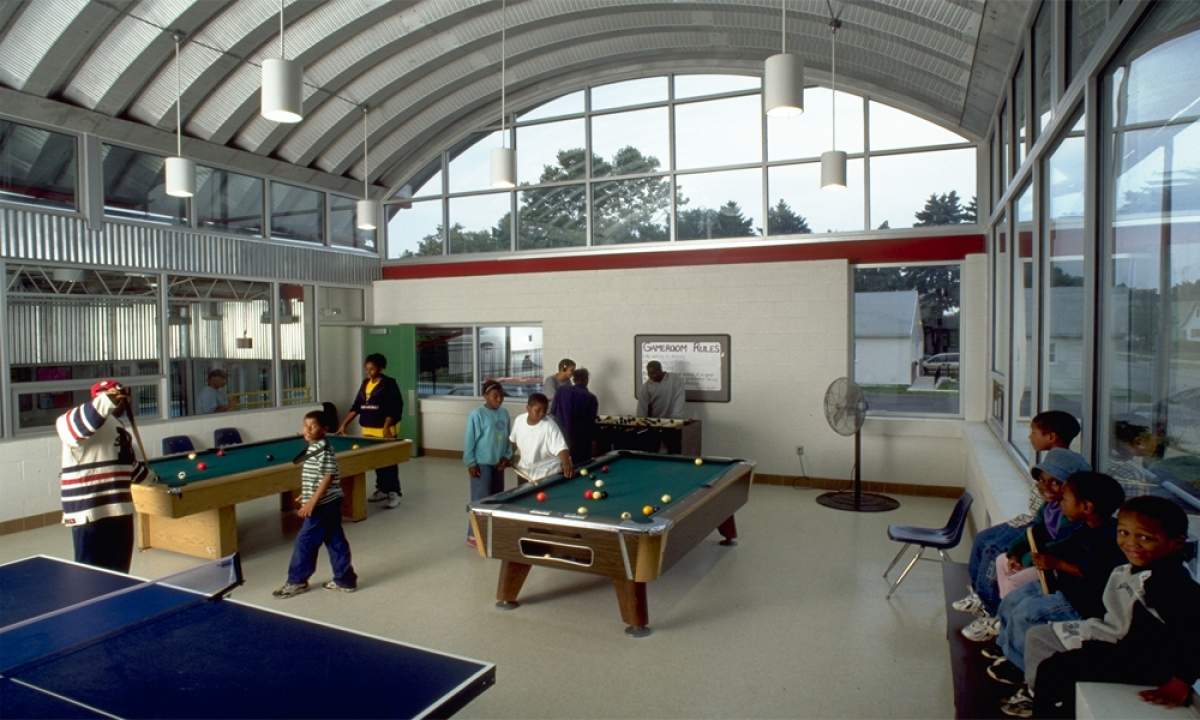 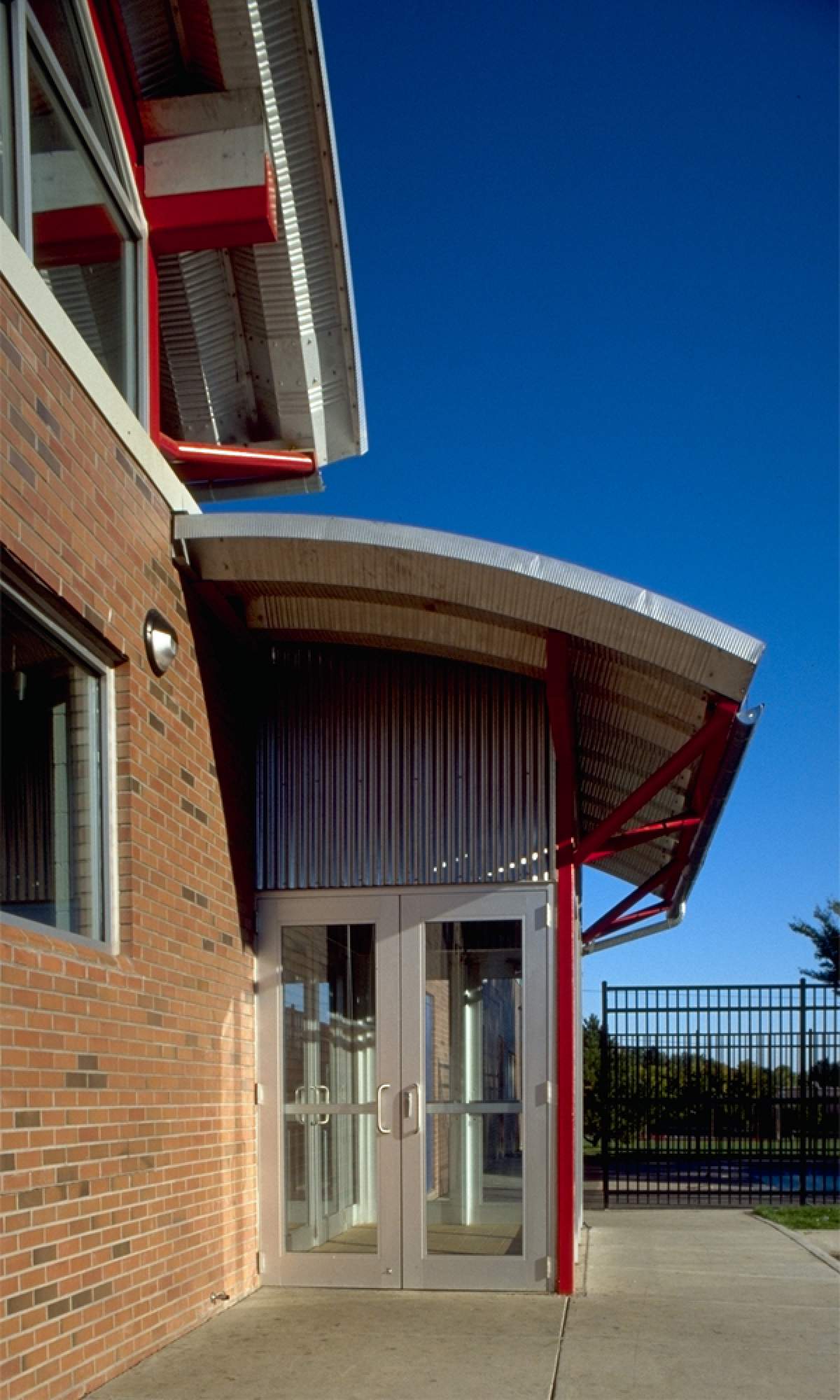 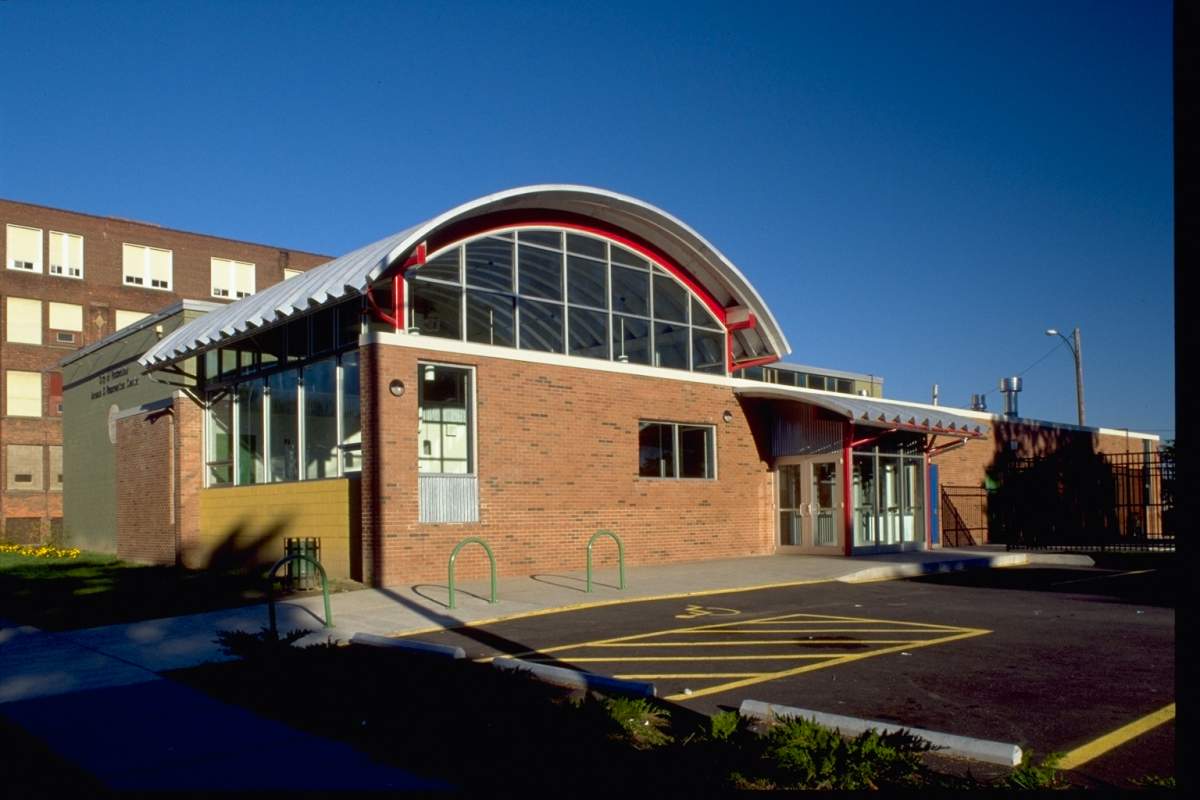