Opened in December 2010 in Eastman’s East Wing, it quickly became a popular concert stage for faculty and student musicians. With 222 seats, Hatch Hall is an ideal size for solo instrumental, chamber and vocal music and a modern complement to Eastman’s historic Kilbourn Hall.

Along with its elegant appearance and outstanding acoustics, the hall boasts state-of-the-art acoustical and multimedia technology including Internet, audio and video.

Acoustically and aesthetically, this beautiful facility is also a visual symbol of Eastman’s values as an institution devoted to the training of musical artists of the highest caliber.

Funding for the Hatch Recital Hall project came from the Davenport-Hatch Foundation. 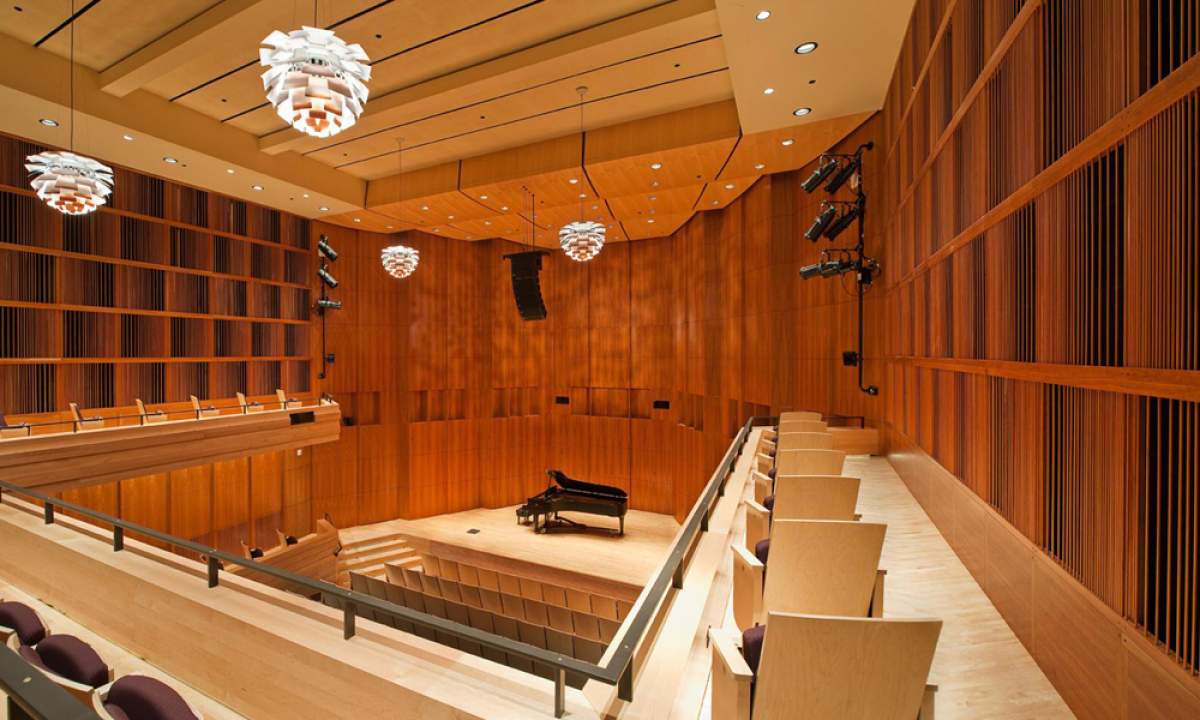 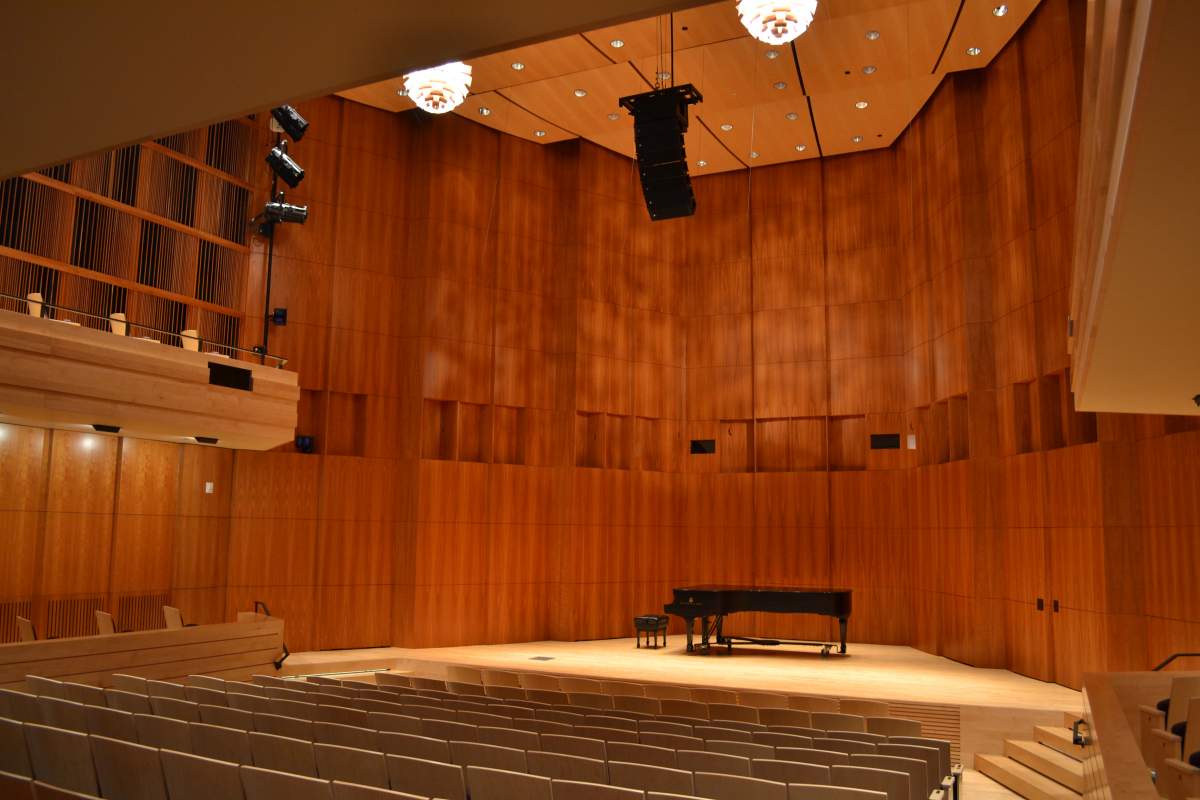 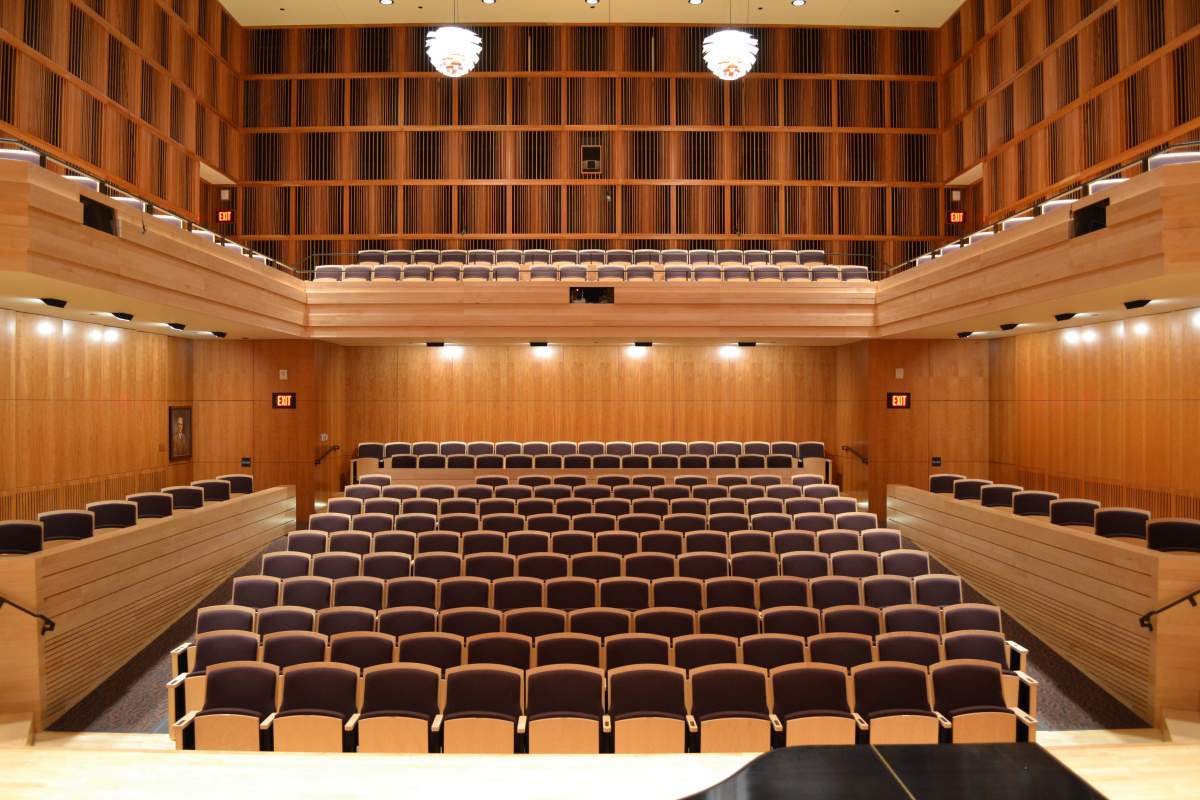