A single story, vacant building previously used as a VFW post was renovated to create two commercial spaces including an open studio environment for an architecture firm and a micro-brewery. The structure and shell were maintained while the interior partitions of a former bar, commercial kitchen and club room were demolished to create an open floor plan.

Roc Brewing Co. eventually grew to need more space and took over the commercial office next door. This enabled them to expand their food menu to incorporate meals and add more seating. Roc Brewing will continue to brew beer in-house just behind their tasting room and serve food through FLX Weinery. 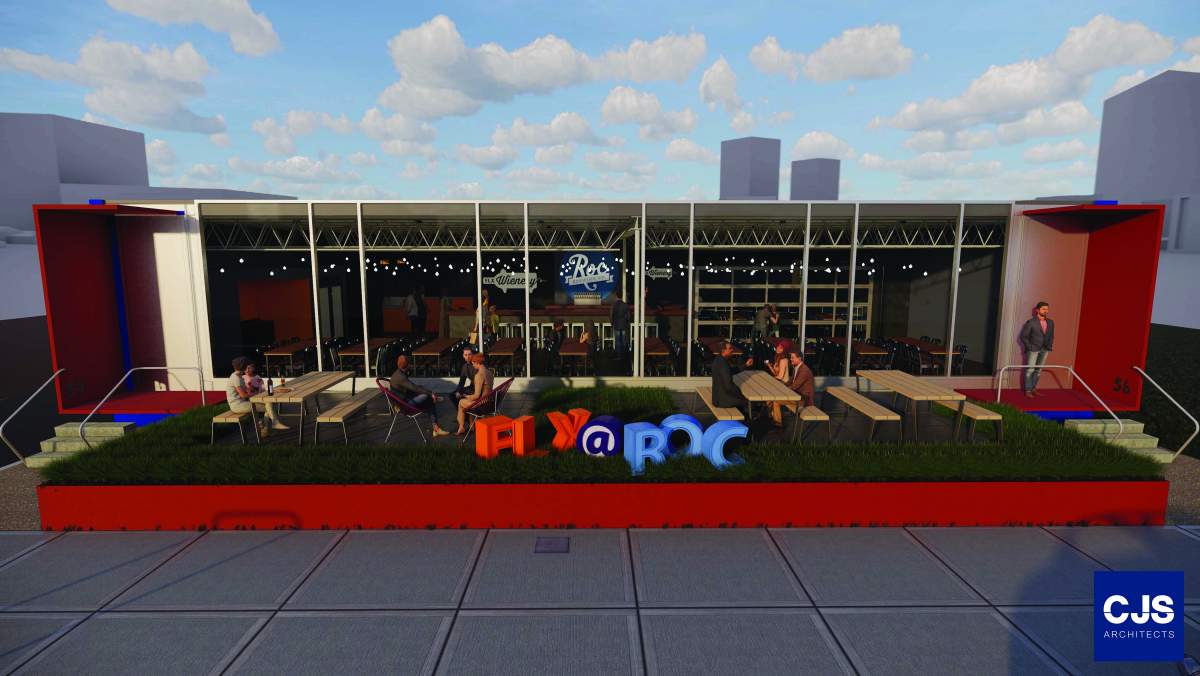 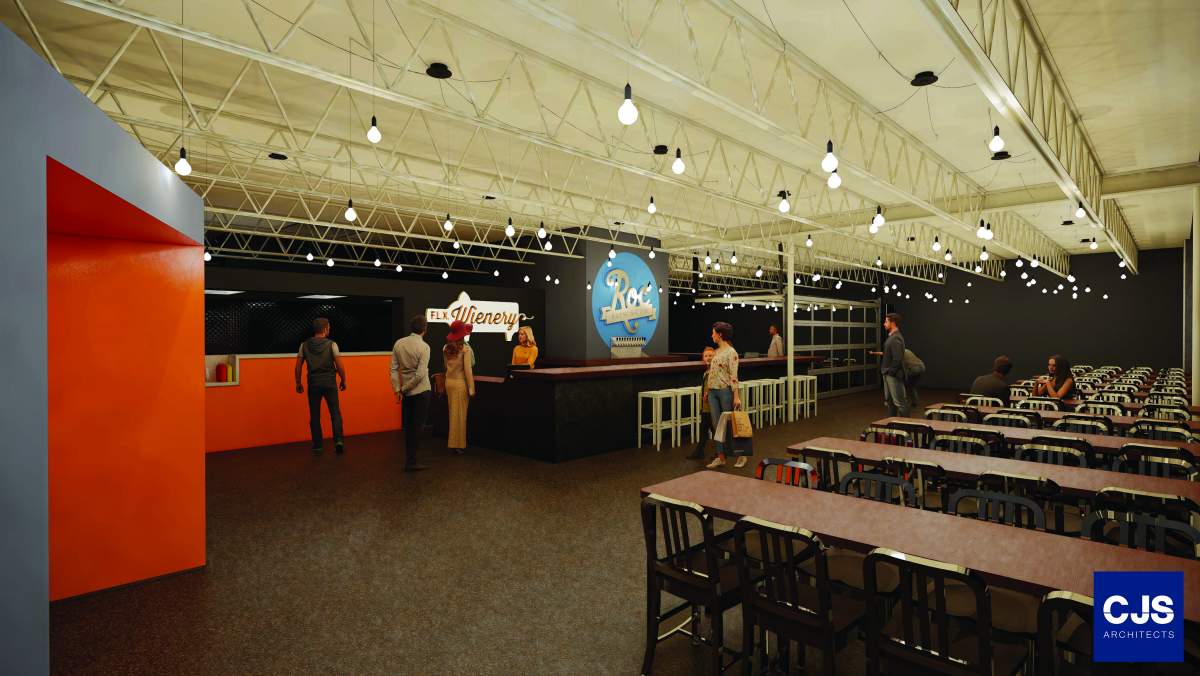 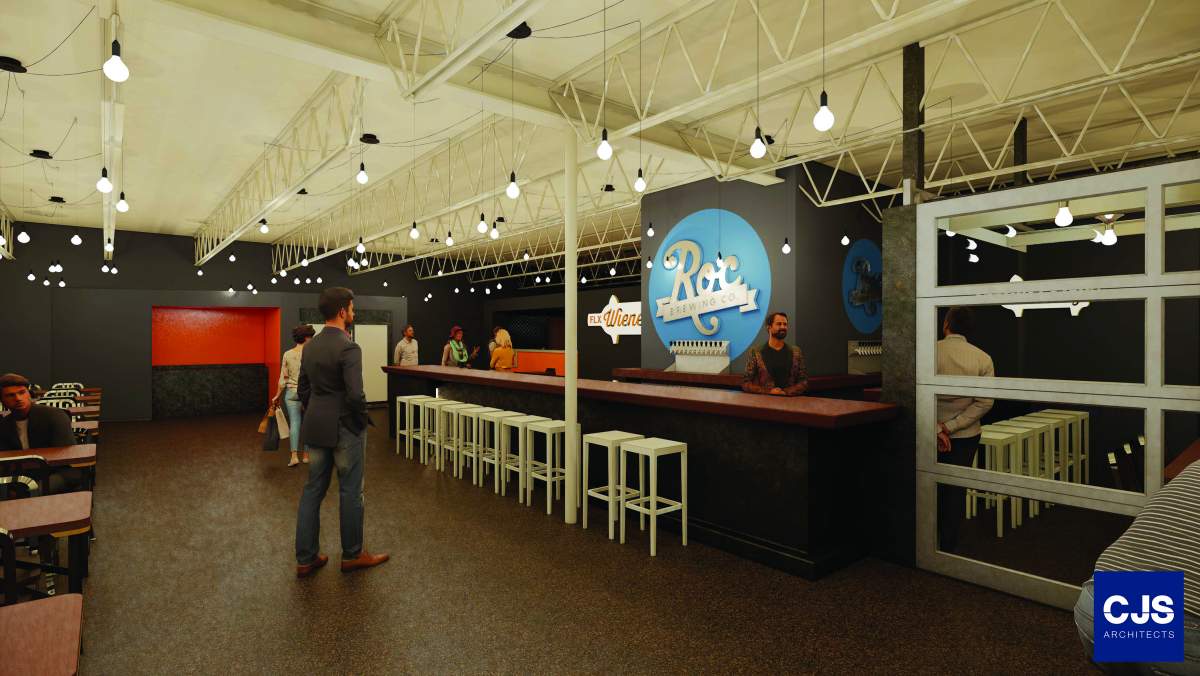 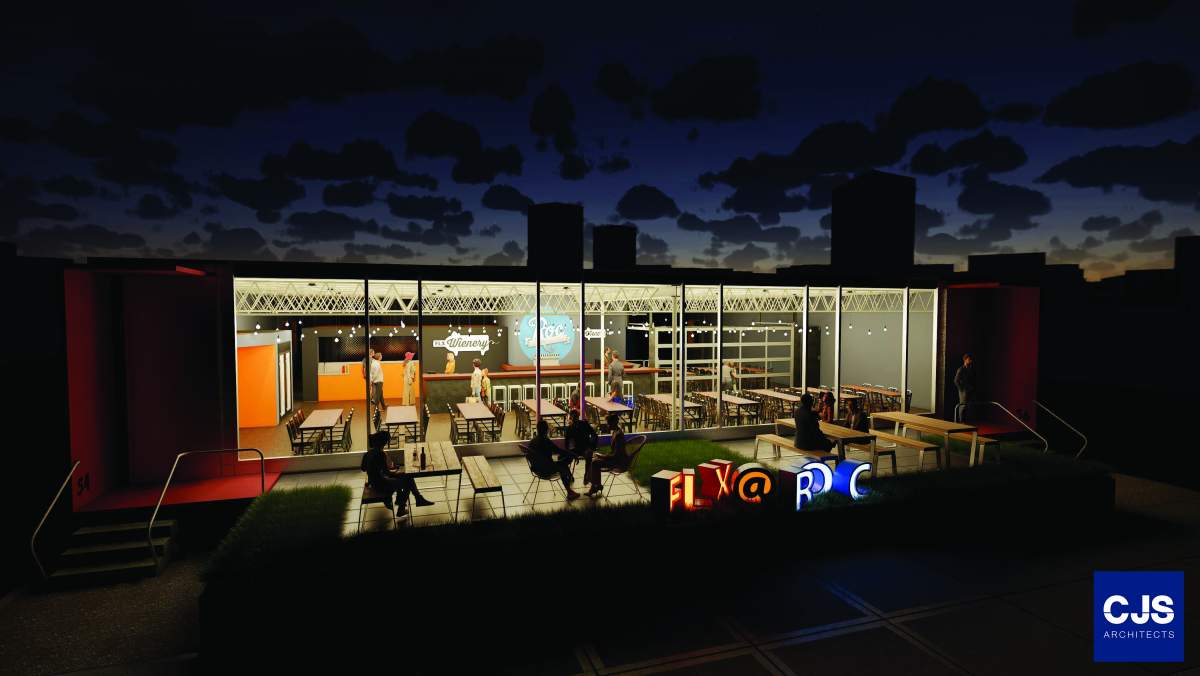 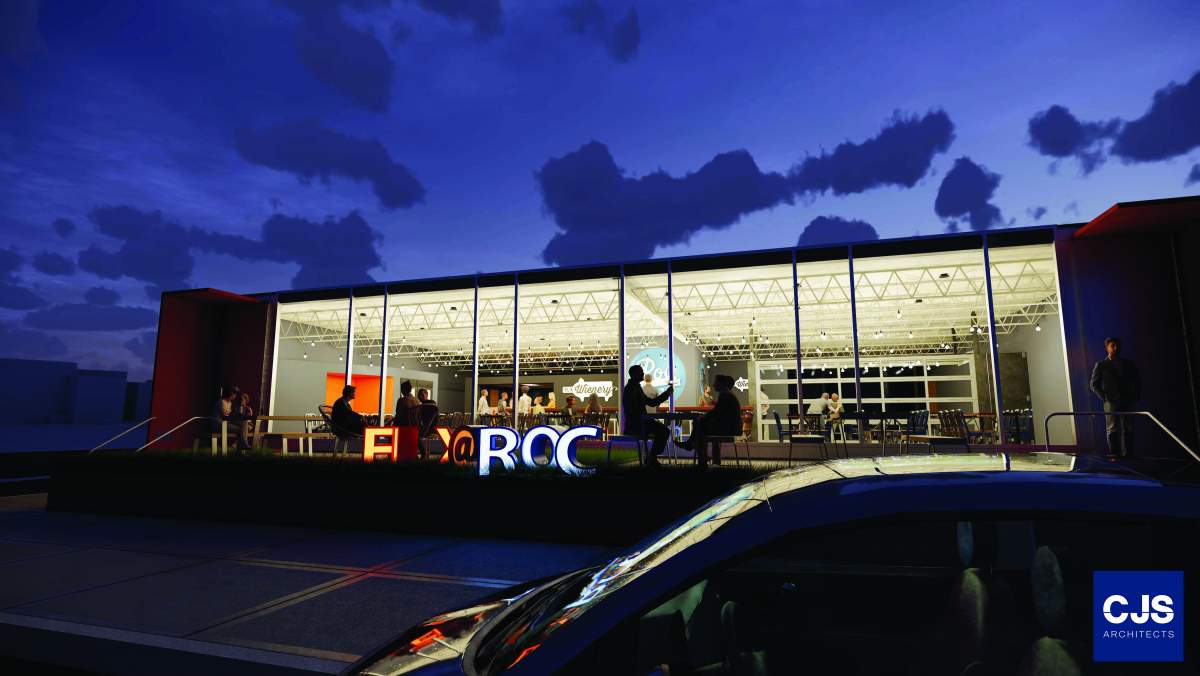