ITHACA, N.Y. — These are uncertain times, but clearly some developers are thinking optimistically about the future of Ithaca's waterfront. In the latest vote of confidence, a pair of buildings from Visum Development would retail and nearly 200 apartments on the 100 block of Cherry Street.

Currently, the northern parcel, 110 Cherry Street, is a mostly-vacant 0.58-acre storage yard, while the 1.37-acre southern parcel, 132 Cherry Street, hosts a one-story warehouse and office building occupied by the Ben Weitsman & Son steel service center. The two properties are not contiguous and are separated by the Arthaus affordable housing development site currently under construction. Records show that 110 Cherry Street was purchased by Visum along with the scrap yard across the street for $455,000 in May 2018. 132 Cherry Street has been owned by various manufacturers, last changing hands in 1994.

Plans submitted by prolific Ithaca firm Visum Development would redevelop the sites into a pair of market-rate five-story buildings on deep pile foundations. 132 Cherry Street would be the larger of the pair. The 159,180 square-foot mixed-use building would host 4,100 square feet of retail space, 51 covered parking spaces and shared amenities space on the ground level. the upper floors would host 131 residences, a mix of studio, one-bedroom, two-bedroom and three-bedroom units. Planned amenities include an outdoor pool, fitness room, rooftop lounge, community room, dog wash, bike room and package room. The exterior landscaping would be finished out with a plaza and waterfront courtyard, and pedestrian walkways between the waterfront and Cherry Street.

110 Cherry Street, the smaller of the two at 84,588 square-feet, would be an all-residential structure. The ground level would contain 37 covered parking spaces, while the upper levels would have 64 units — 36 one-bedroom and 28 two-bedroom. The building would have its own fitness and community rooms, bike and package storage, and an outdoor patio. Each site would also have eight surface parking spaces curbside. In total, the project would result in 195 residences, 104 parking spaces and 120 bike spaces, along with the street-front retail and amenities. Development costs for the duo are estimated at $27.8 million, according to Site Plan Review filings.

Preliminary designs show that the pair both follow the same industrial modern aesthetic with metal and fiber cement panels, though the structures differ substantially. 132 Cherry uses a neutral palette dominated by shades of grey with brick accents, while 110 Cherry uses weathered (superficially but not structurally rusted) steel with wood accents. The rather unusual window treatments are a telltale sign of one of Visum's more unusual floor plans, the lofted one-bedroom units they first pioneered with their Collegetown properties.

Rochester-based CJS Architects, who penned the Harold's Square tower currently under construction downtown, are in charge of the building designs. Also involved are a number of other firms familiar to Ithaca's Planning Board — Fagan Engineers is doing the civil engineering, Whitham Planning and Design is crafting the landscape architecture.

So with those specifications noted, let's turn to some questions. Why bother with Cherry Street, an often-neglected industrial corridor in Ithaca's West End?

For one thing, it's less expensive to develop per square foot than areas closer to Downtown, and logistically less complicated. There are few historic structures since much of the area was wiped out in Urban Renewal half a century ago. Road connections have been problematic, but the new Brindley Street bridge under construction will greatly improve traffic flow to and from Cherry Street, and the upcoming Black Diamond pedestrian bridge will allow easier travel for walkers and bikers.

It also helps that the city's 2017 rezoning has made the West End one of the few neighborhoods of Ithaca where large-scale mixed-use development is feasible - perhaps not as tall as inner Collegetown or Downtown, but the parcels along the waterfront are larger. Current zoning regulations for Cherry Street allow up to five floors and 100% lot coverage with no parking requirement, and properties north of Cecil Malone Drive like this pair are allowed to have residential space above ground level. As is, the projects meet zoning requirements with no need for variances.

However, with the recent push by Common Council to downzone Cherry Street, it becomes pretty apparent why these buildings are coming forward now - to demonstrate there are plans well underway and that a downzoning could derail the proposals. 110 and 132 Cherry cover 66% and 59% of their lots respectively, within the current downzoning proposal to 75% maximum lot coverage, but discussion of building length or a return to the initial proposal of 60% lot coverage could imperil Visum's plans. To be candid, it would seem they're more worried about Common Council's decision-making more than the difficulty of trying to obtain a construction loan for a project in this pandemic-stricken economy.

Currently, no tax abatement plans are on file, though representatives of the project say that they may be considered for the construction of affordable housing units or enhanced green building features (regardless, both buildings will use electric heat pumps and aim to comply with the city's new Green Building Policy).

Should the projects be allowed to move forward as planned, and presuming no major hiccups, Visum aims to have project approval by the fall, with construction beginning in Spring 2021 and completion in the summer of 2022.

Article originally published by Brian Crandall at The Ithaca Voice 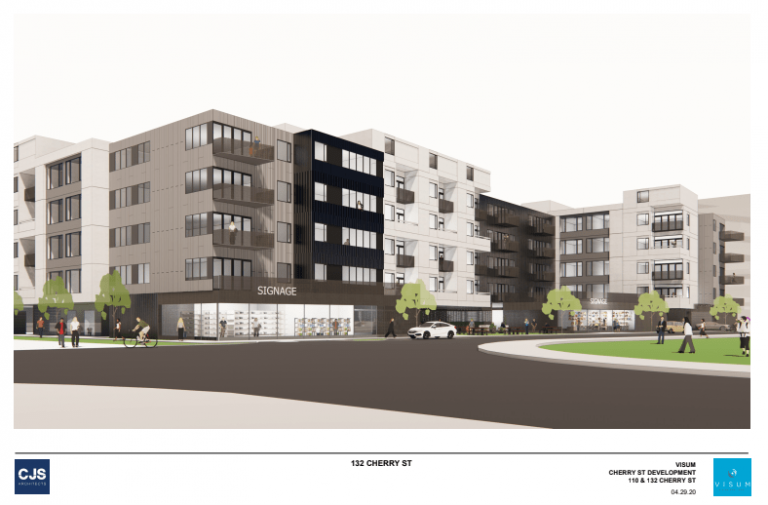 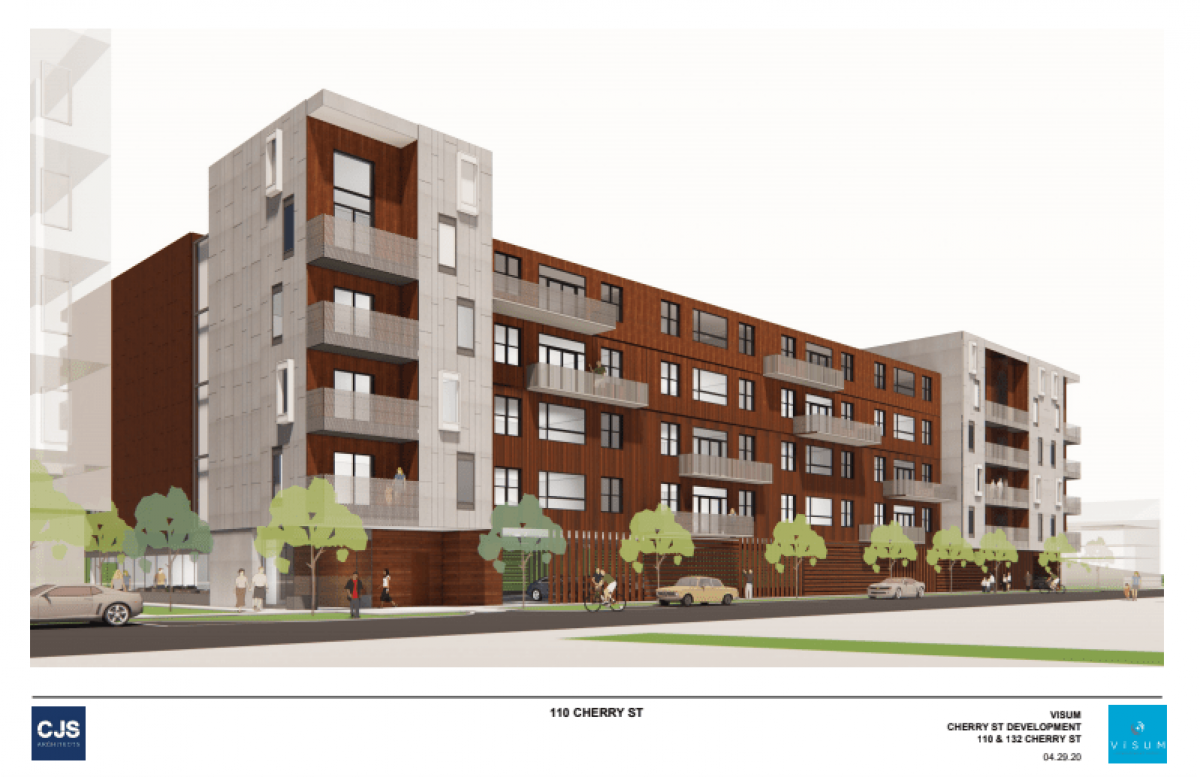 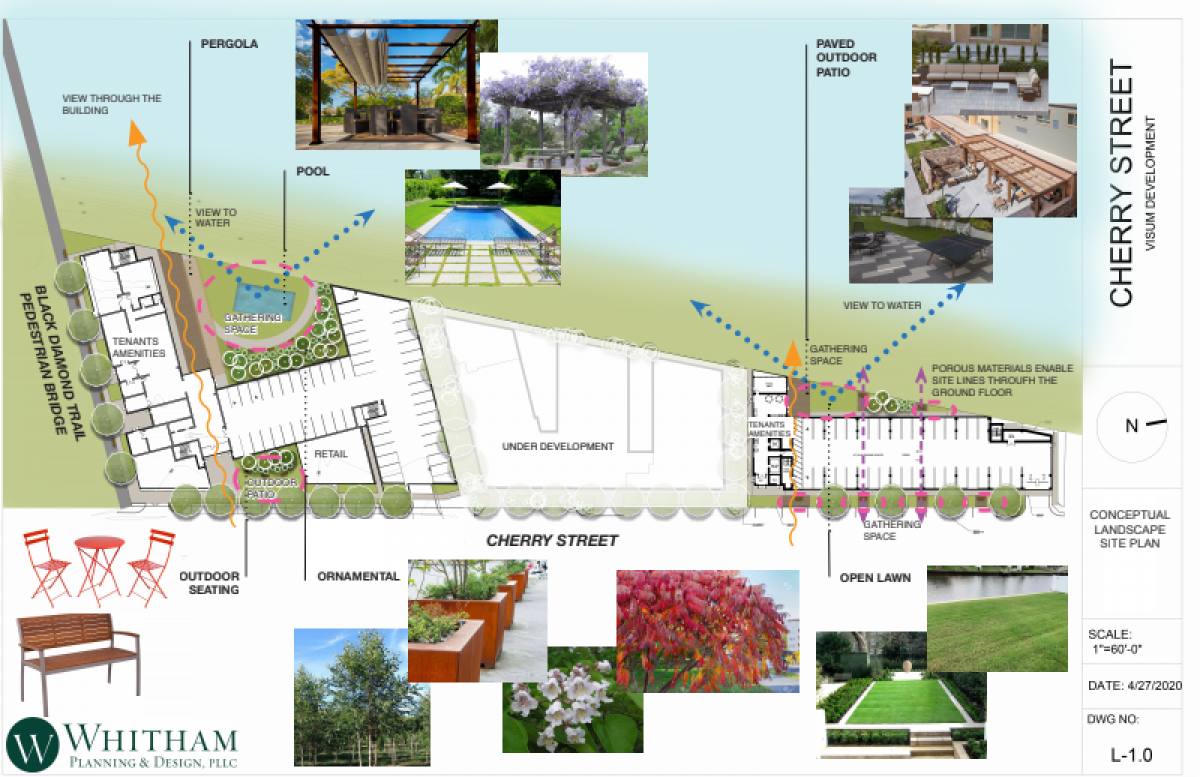 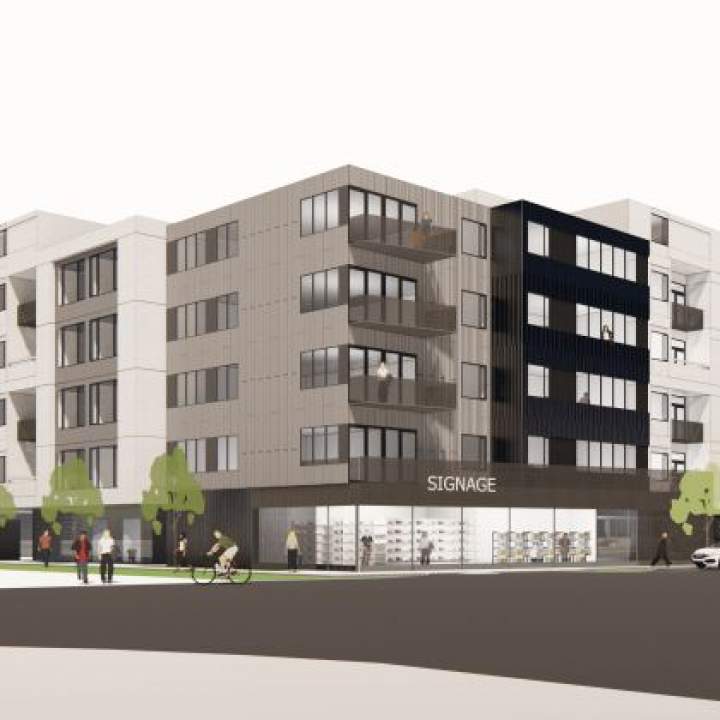 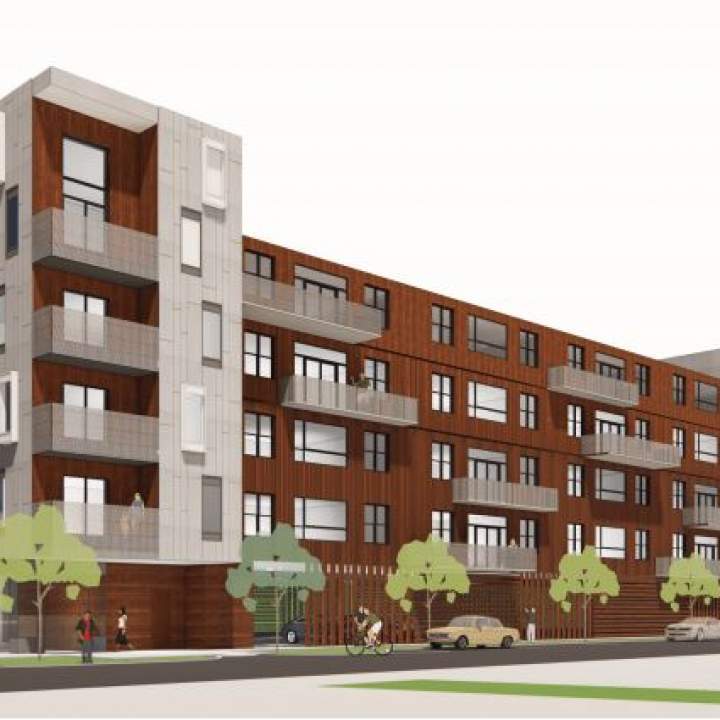