Two construction projects currently underway on The Commons are expected to be completed in the summer of 2019. Both will bring new apartment spaces to Ithaca, which has been struggling to meet housing demands.

Harold’s Square, a mixed-use development building with retail space and housing, is one of the projects, along with City Centre, a development offering luxury apartments.

David Lubin, owner of L Enterprises, partnered with McGuire Development Company to develop Harold’s Square. The project will have five stories in the front facing The Commons and 12 stories in the rear. It will contain 86 apartments. The project’s developers have not promised to make any of the apartments affordable, which has been critiqued by community members who say that Ithaca needs more affordable housing options. In 2014, The New York Times ranked Ithaca as one of the top 20 least affordable cities for rental prices. It took spot number 11, just behind New York City.

Aside from housing, the project will include approximately 12,000 square feet of retail space for stores.

Harold’s Square’s name comes from Harold’s Army Navy, a clothing store owned by Lubin’s family that was previously in the construction spot’s location.

“David has worked in retail,” Brous said. “A lot of people see him as being a big developer with no face to him, but it’s a pretty important and meaningful location to him. He’s committed to getting transformational retail in the building and making it a draw for people to come into The Commons.”

Taylor, the Builders, a construction company, is managing the project. Workers are currently in the process of putting up steel, and steel construction is expected to continue over the coming months.

The project temporarily closed the playground on The Commons due to its proximity to the construction. Federal regulations dictated the closure because the required fall-zone of construction debris is partially within the playground, Brous said.

City Centre, the other constructions project on The Commons, is located on the corner of South Aurora Street and East State Street. It will have eight stories, containing studio, one and two-bedroom apartments. The development will also feature amenities such as a fitness center and an underground parking garage.

JoAnn Cornish, director of planning and development for the city of Ithaca, anticipates a mix of different ages, mainly graduate students and young professionals living in the new housing developments on The Commons.

City Centre will have 193 apartment units. Construction started Summer 2018 and is slated to be finished and occupied Summer 2019.

Workers on City Centre finished building the project to its maximum height and are now closing the building and putting up bricks before cold weather arrives.

“People who have lived on South Hill and East Hill and have witnessed a lot of the behavior of students were very skeptical and really were against having that many students downtown,” Cornish said. “A lot of us were really supportive of that project and were excited to see that, but it didn’t happen.”

Amid the city’s affordable housing shortage, Cornish said that the price range for Harold’s Square and City Centre will be in the upper end.

“If you just make a little more than what you could qualify for subsidized housing, but you don’t make enough to live in these luxury apartments, there’s a real need to fill that gap,” she said. “We have a lot of people that work downtown, but they can’t afford to live here.”

Cornish said if the city can fulfill the demand for affordable housing, people can expect more undergraduate students to take advantage of living off campus. However, she said the student market is currently not the main concern of her department.

“We’re trying to find solutions for people that are working in the city that would like to live in the city or young families that have a very difficult time finding housing,” she said.

The Harold’s Square construction is next door to Trader K’s, a used clothing store established on The Commons 24 years ago. Jay Sciarabba, co-owner of Trader K’s, said the construction next to his business has affected parking the most.

“The contractors for Harold’s Square and for City Centre are parking in the parking garages,” he said. “There’s like 35 trucks up there taking up customer spots when we’re already lacking parking as it is.”

Cornish said contractors for Harold’s Square and City Centre have off-site parking available to them but are currently parking in garages on The Commons.

“Little by little, contractors started coming into the garage, particularly the Green Street Garage, and that’s the one that our downtown visitors find most convenient,” she said.

Brous said the contractors for Harold’s Square all park off site in a lot controlled by L Enterprises.

If the contractors cannot park off site or if they need to have their trucks close by, Cornish asks them to park on the top floor of the Green Street Garage so that the most convenient parking spaces are open for shoppers or people doing business.

“More people [living on The Commons] is great,” Sciarabba said. “We’re just worried about the impact of infrastructure parkingwise. Downtown in the next two to five years is going to be crazy. It’s going to be busy.”

Article published by Rachel Heller from The Ithacan. 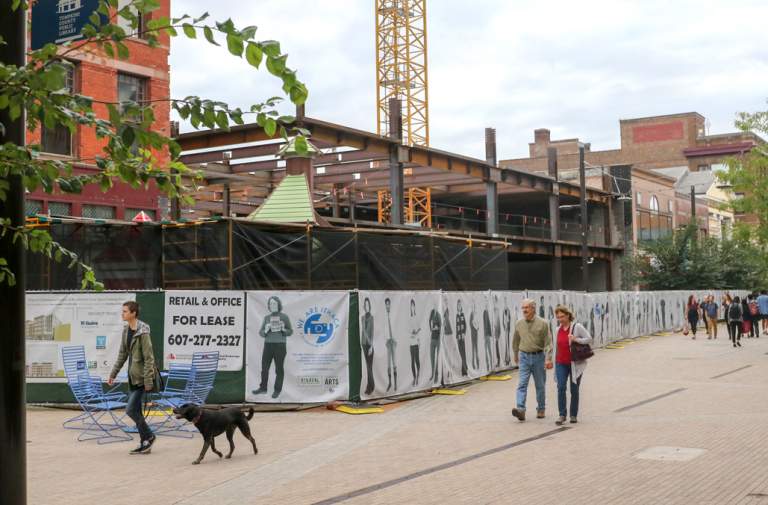 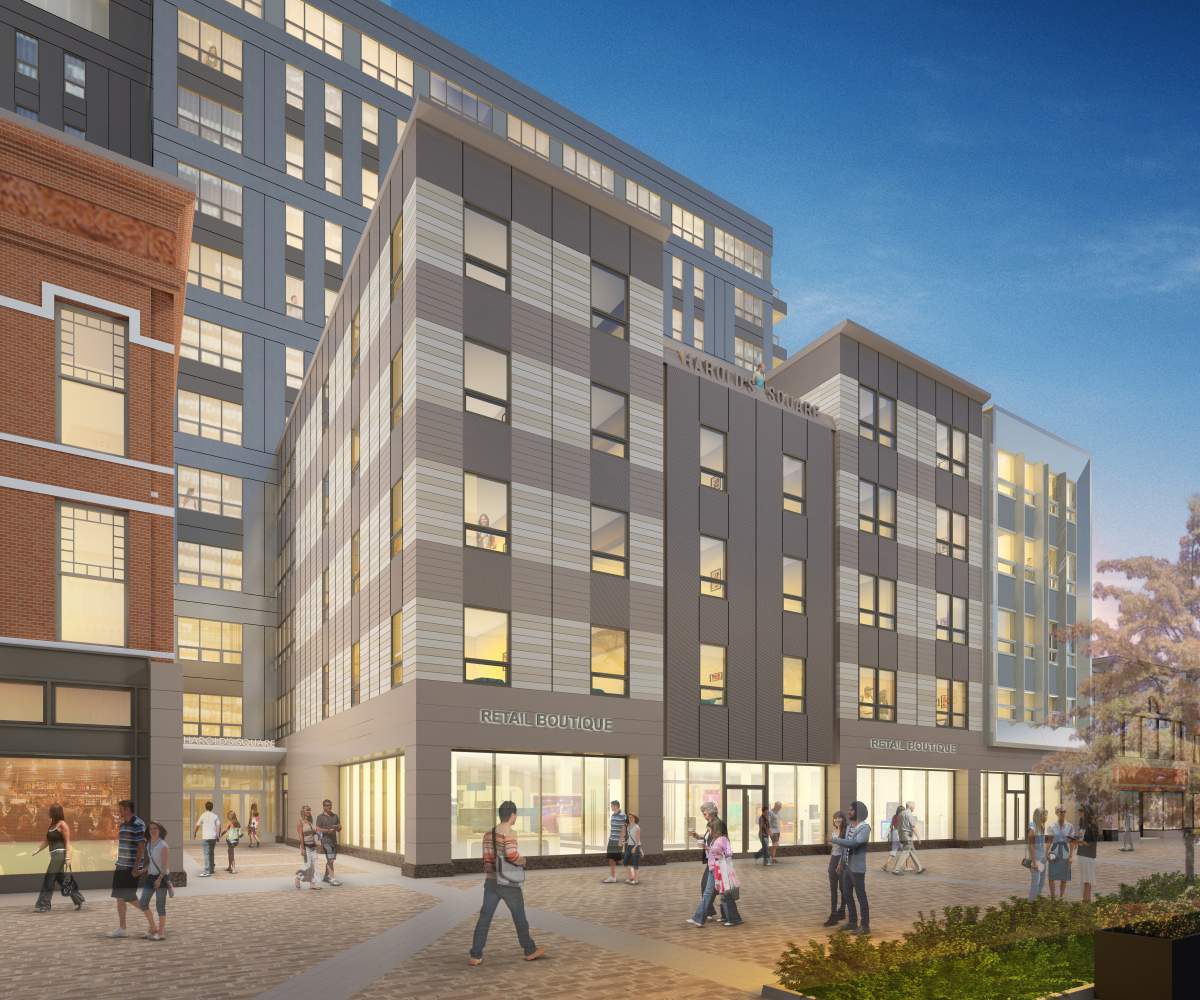 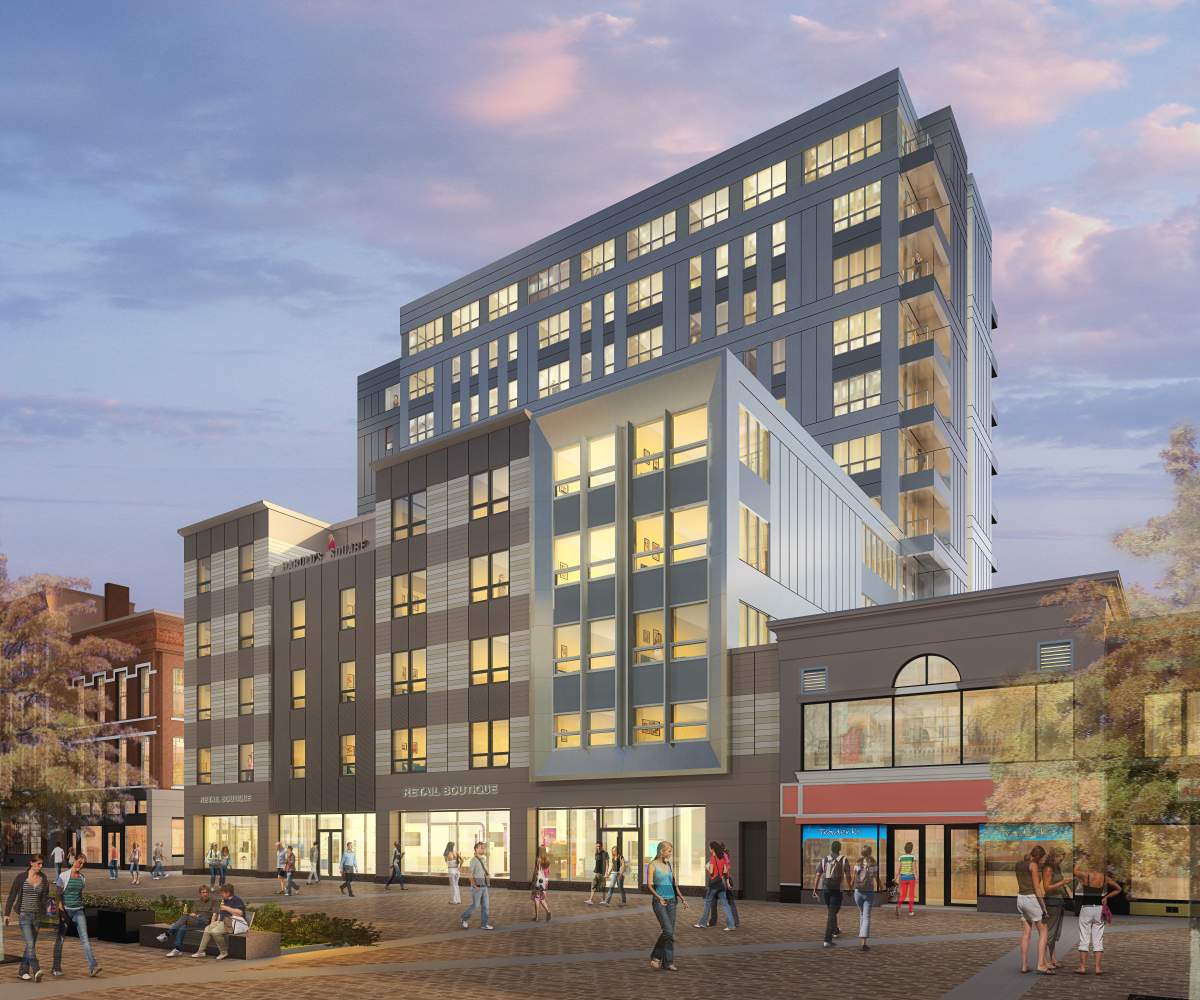 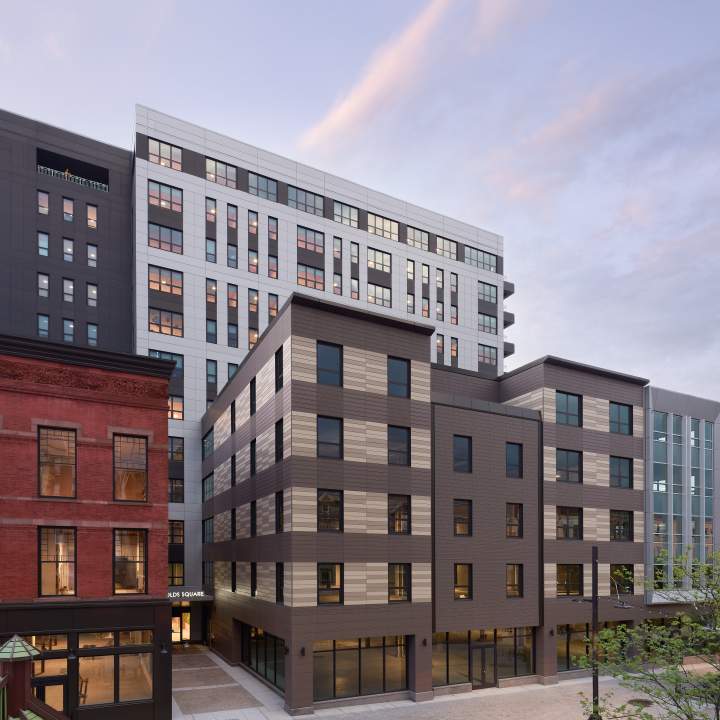