BINGHAMTON — A large piece of deteriorating downtown real estate is set for a major makeover in Binghamton.

The Water Street Parking Garage was built in 1970 and was the main parking source for Boscov's customers since 1984. Its integrity has been in decline for years, highlighted by an August 2006 incident in which a 7,000-pound concrete slab broke off the garage’s exterior and plunged through a trailer near the Boscov’s loading dock.

The garage would require millions of dollars in structural repairs to extend its life a few years. Instead, the city is moving in a different direction with a new vision for downtown.

“The required demolition of the Water Street Parking Garage provides the City with a unique opportunity to transform an entire block in the heart of Binghamton’s riverfront and arts district,” said David. “This development will not only revitalize the immediate area, but also support small businesses and restaurants across downtown.

"Downtown deserves better than a 50-year-old hulking concrete eyesore. United-Pike’s proposal stood out because it was not reliant on state economic development funding to get started, as is the case with so many large-scale projects.”

The project includes $48 million in total investment, with United Group of Troy and The Pike Company of Rochester teaming up on the effort. Demolition and construction of the parking garage, as well as geotechnical study and foundation work, is estimated to cost $23 million.

The five-story public parking garage will slightly reduce vehicle capacity, offering 549 parking spots as opposed to the 600 currently available at the Water Street parking garage. The 122 apartment units will be market-rate, sitting on five stories atop the parking garage. United-Pike estimates that portion of the project will cost $25 million.

Once the project is completed, it will be second overhaul of a downtown parking garage, following the January opening of the Hawley Street garage, which replaced the aging structure that served the Arena, the area along downtown State Street and the government offices.

Stacey Duncan, President and CEO of the Greater Binghamton Chamber of Commerce and Executive Director of The Agency in Broome County, said she expects the IDA to play a role in advancing the high-profile project forward.

It's very important to continue to offer professional housing opportunities downtown, especially where we can enhance our riverfront," said Duncan. "This project is in the center of downtown, along the river and will serve as an important anchor for retail and service businesses that can cater to downtown residents.

"I know that this has been a priority for the mayor and I'm happy that he was able to bring this project to fruition. We're looking forward to working with United and Pike, a great development collaboration for the community."

The parking garage demolition and construction will be financed through City reserves and capital bonding, said David. The housing portion of the project is privately financed. The city had issued a request for economic redevelopment proposals utilizing the current Water Street parking garage site in September 2020.

“Pike Development is delighted to have the opportunity to participate in the revitalization of the Water Street Garage,” said Peter Cornell, President and CEO of Pike Development. “We appreciate the forward-thinking Binghamton City staff led by Mayor David. The utilization of the air rights over the garage for a new apartment project puts in service an area that is typically underutilized and will generate 24-hour a day activity. We look forward to getting started.”

United-Pike will be conducting testing and analysis of the parcel’s structural foundation over the next few weeks, while the project is expected to advance through the city’s planning review process in the next several months.

The Water Street Parking Garage also serves Boscov’s customers. The city said demolition is slated to begin after Christmas Day to avoid any major impact to Boscov’s and the downtown holiday shopping season.

The city said it will work with monthly parking permit holders at the Water Street Garage to relocate them to other city parking facilities. It will also work with Boscov’s and the project developer to add temporary customer parking during the project. 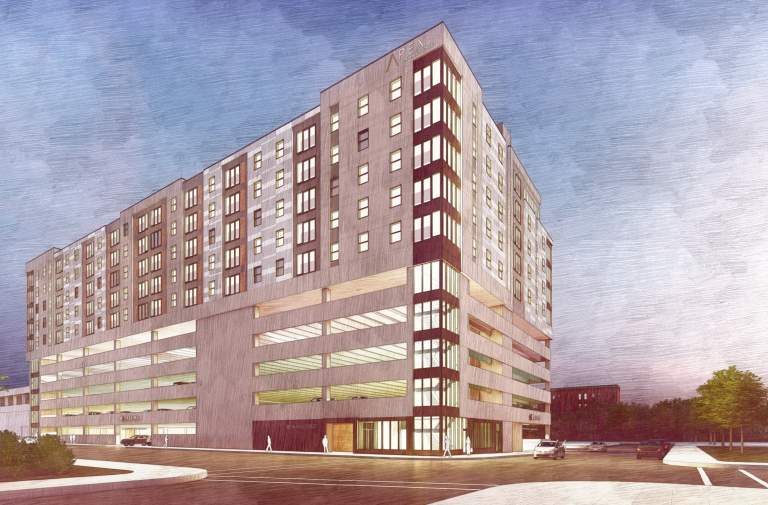 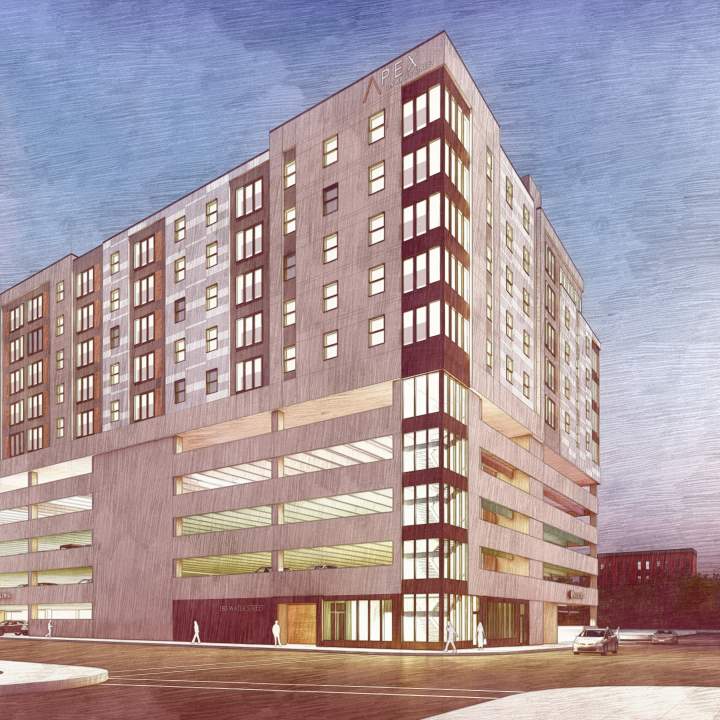