625 S Goodman sits on a site that has been empty for nearly fifty years.  With views of the Rochester city skyline and the green hills of the Pinnacle Range, the 100 residential unit building is within walking distance to a wide variety of restaurants and shopping.

A mix of one bedroom and two bedroom units, the building boasts a lounge complete with a fireplace, bar, exercise room, offices for the residents’ use, secured parking, on-site storage, and a landscaped courtyard.

At four stories, the 120,000 sqft. building is separated into three volumes.  The Center Wing is clad with bold black brick interrupted by equally placed windows reminiscent of the assembly line of the factory that was once operated there.  The East and West Wings flank the Center Wing with smaller volumes protruding and recessing from the mass to create bays and roof decks for the residents.  The windows shift back and forth with balconies scattered along the building faces.  The volumes are held on the site by two masonry stair towers at each end, with one standing as a landmark along South Goodman Avenue and the other standing over the parking for 92 vehicles.  The East and West Wing are connected to the Center Wing to create separate communities joined together as one.

Situated along the I-490, 625 S Goodman not only has a convenient location in the city but also has a significant location with high visibility for everyone traveling to and from downtown Rochester.

Check out the drone footage here! 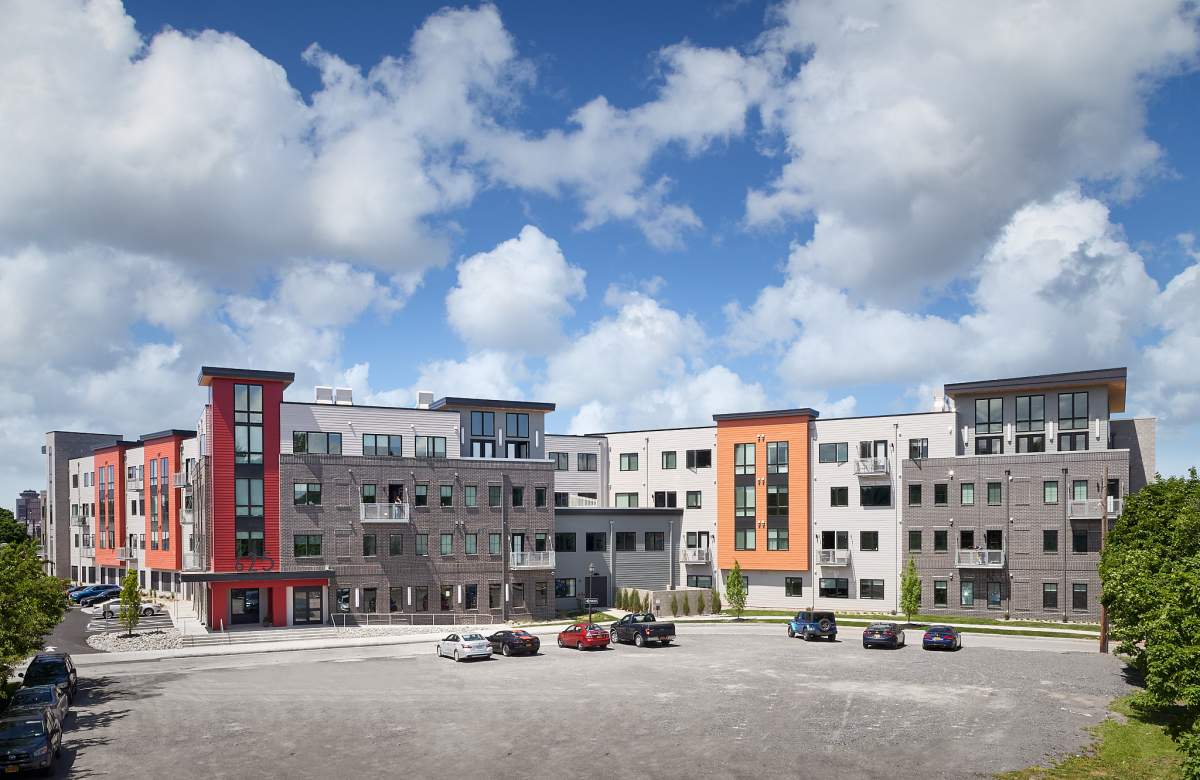 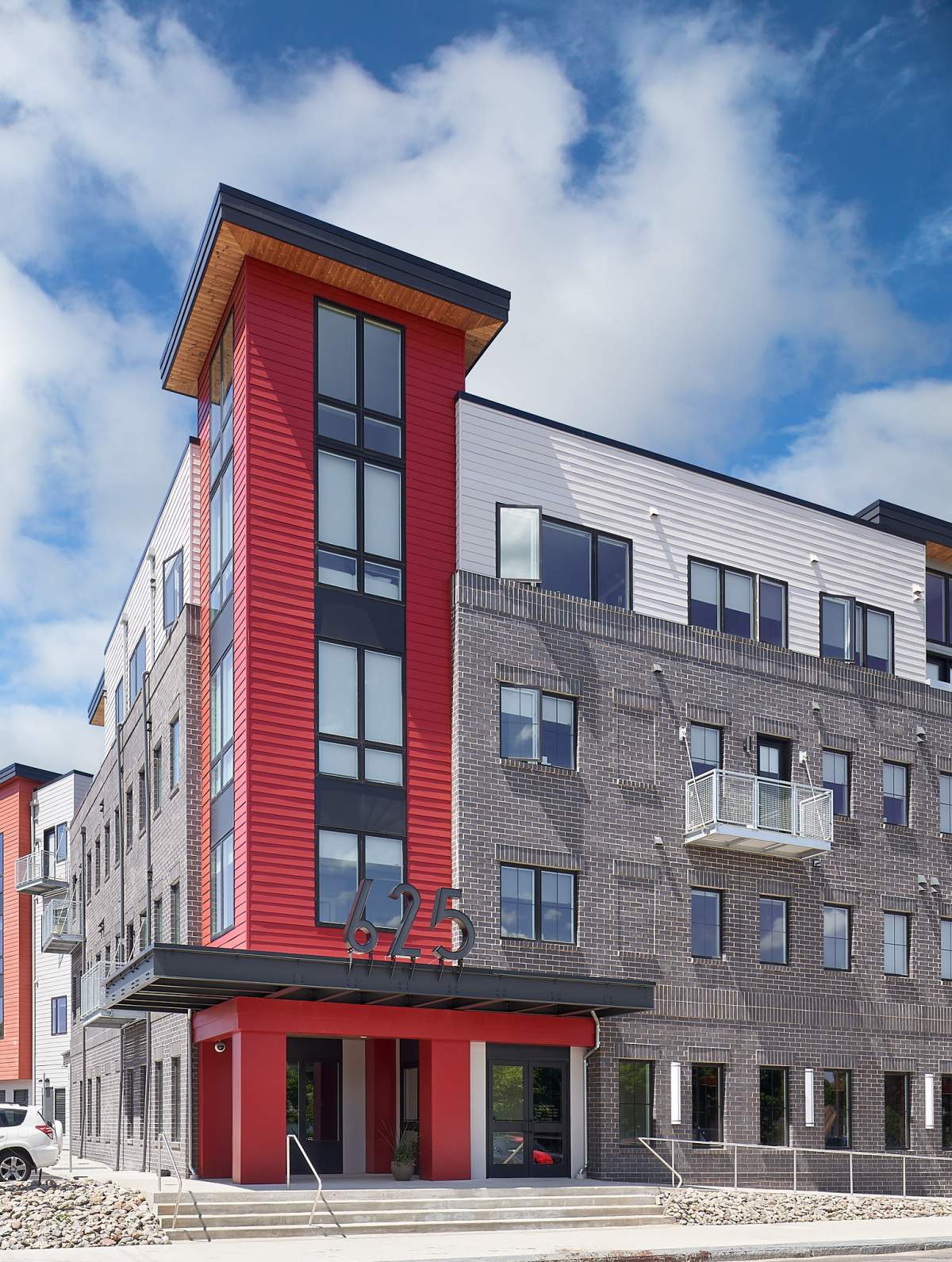 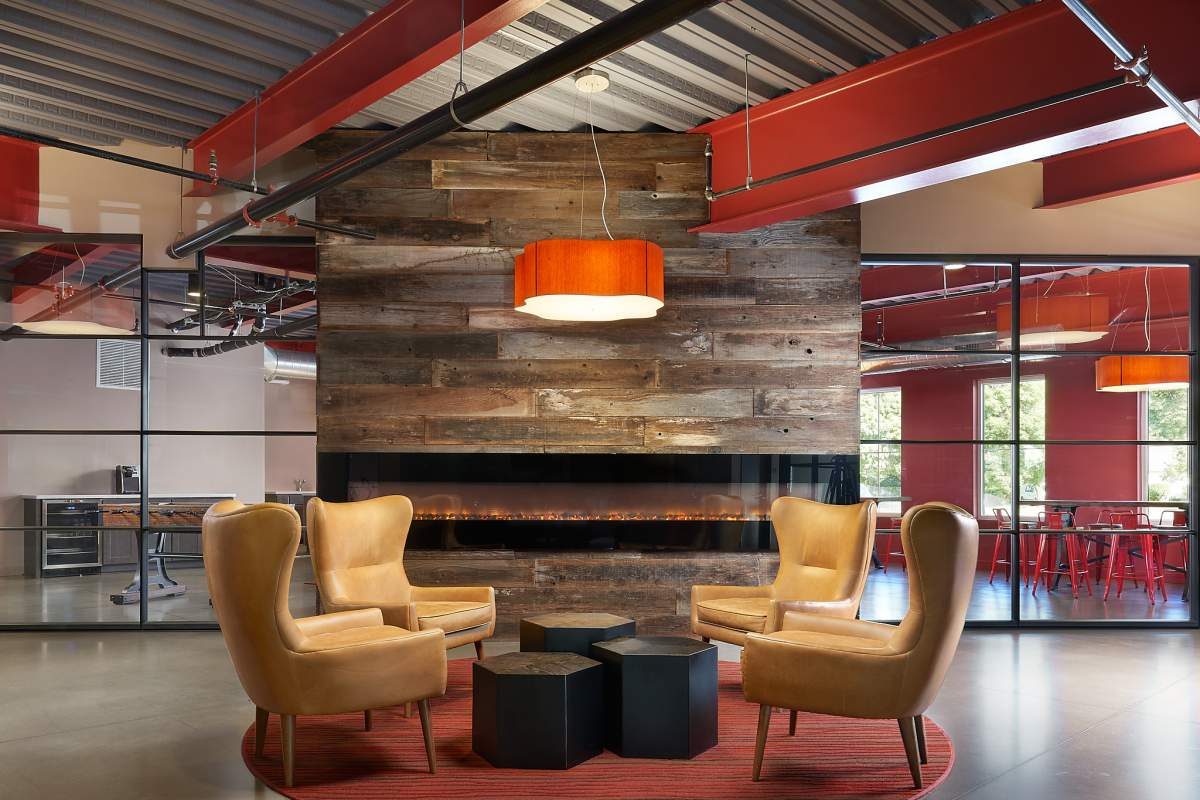 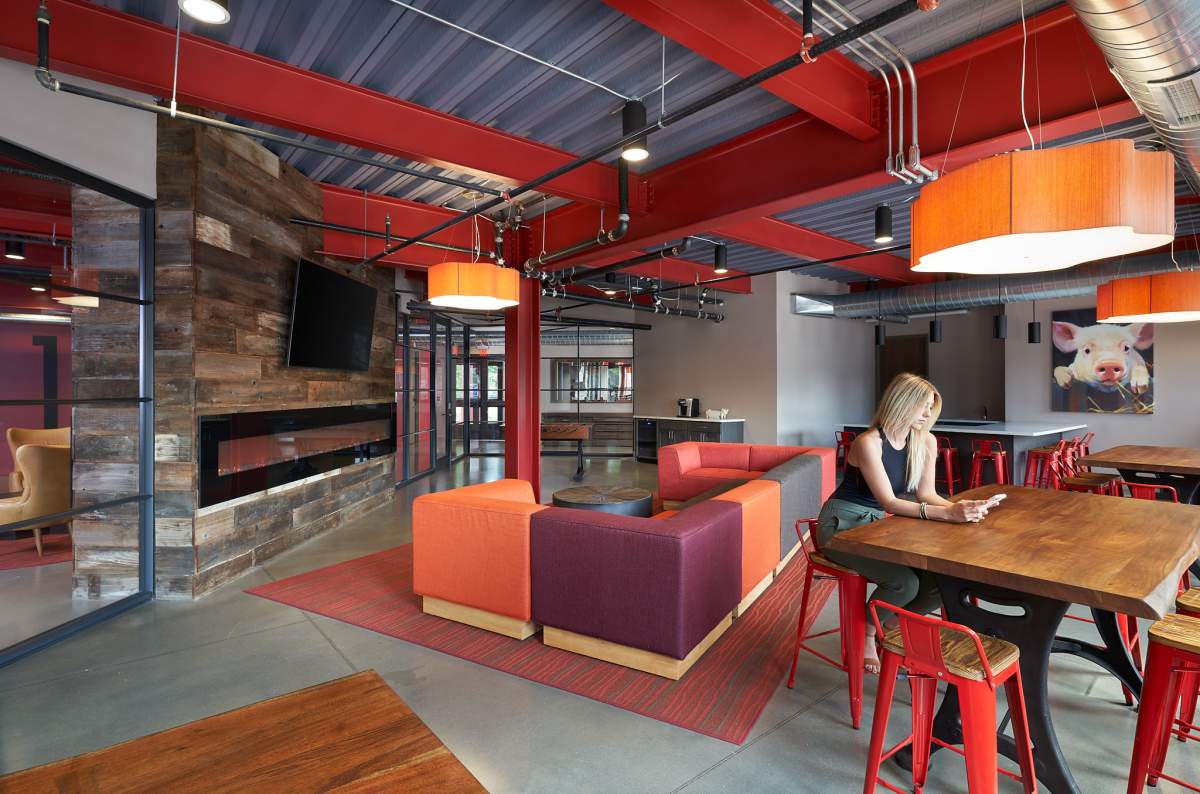 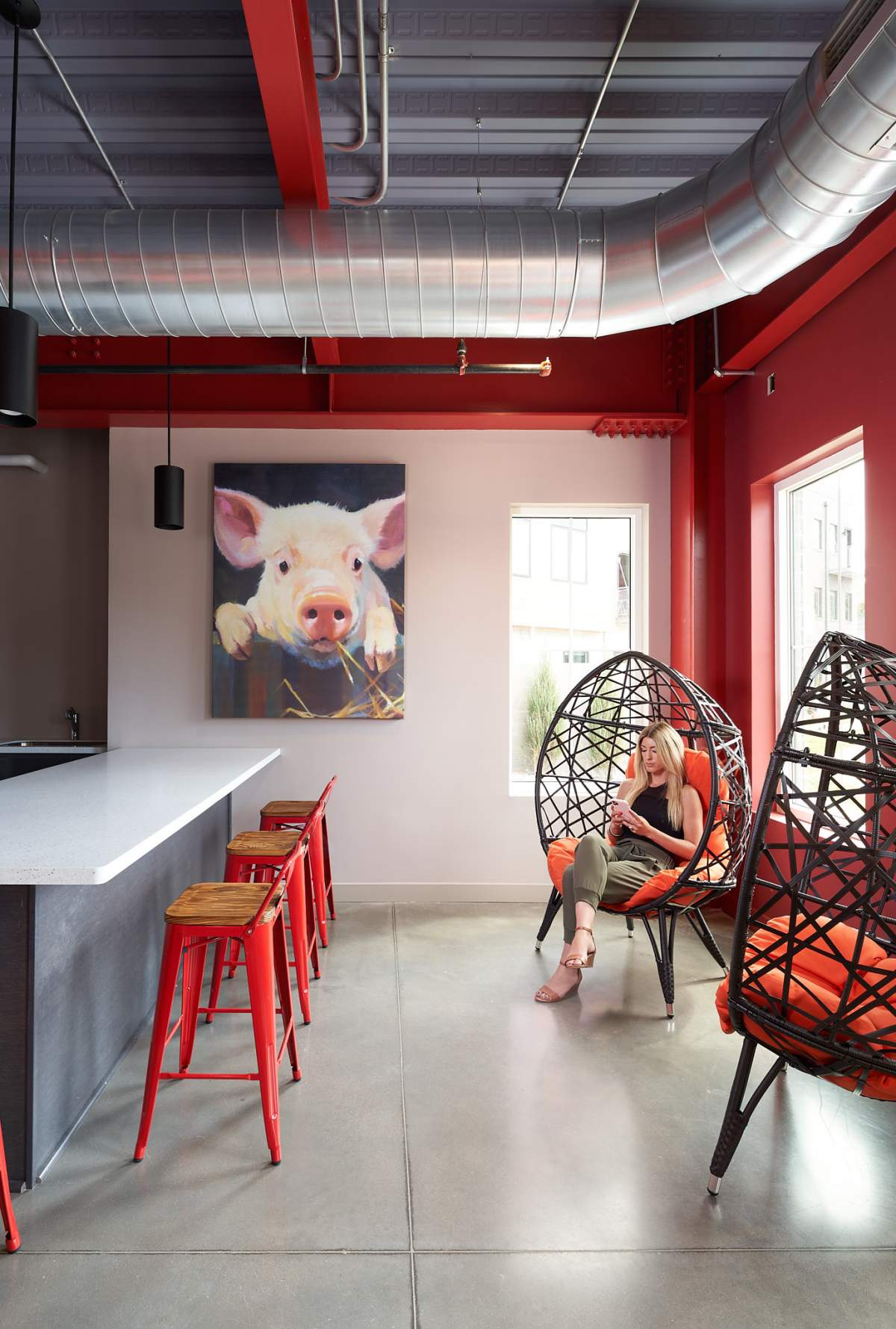 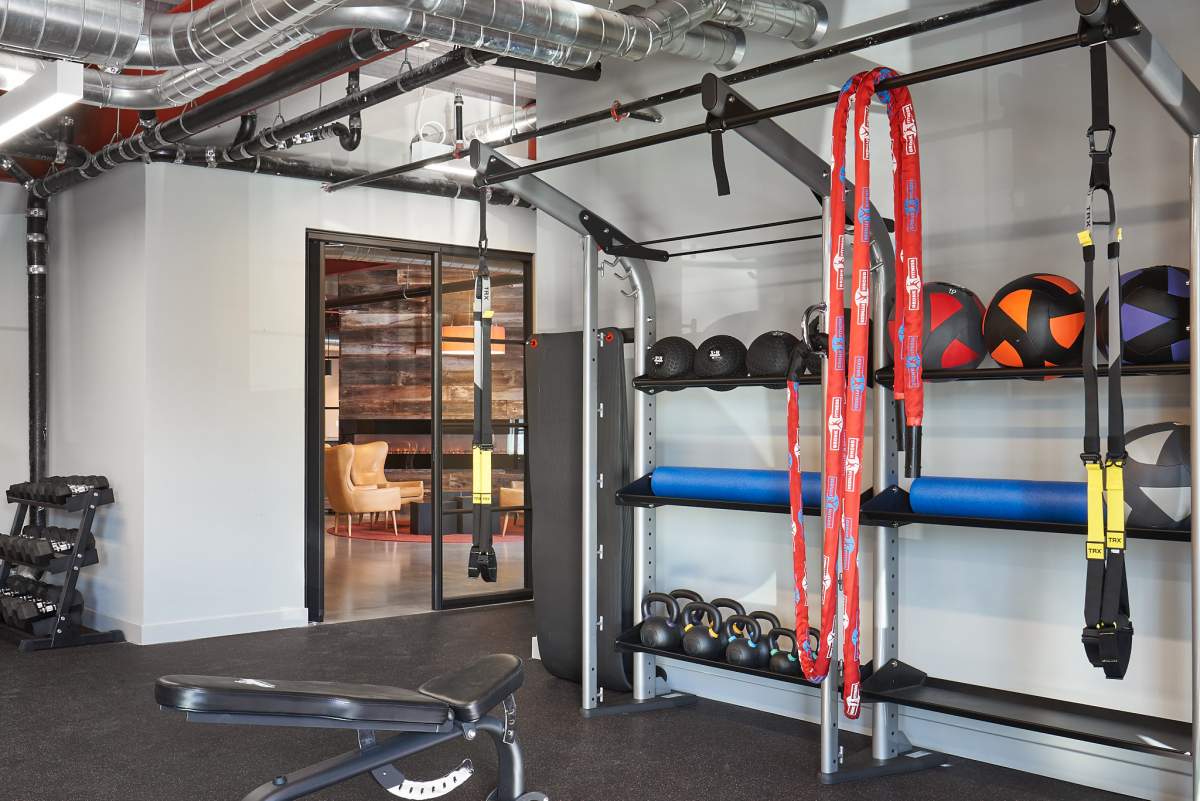 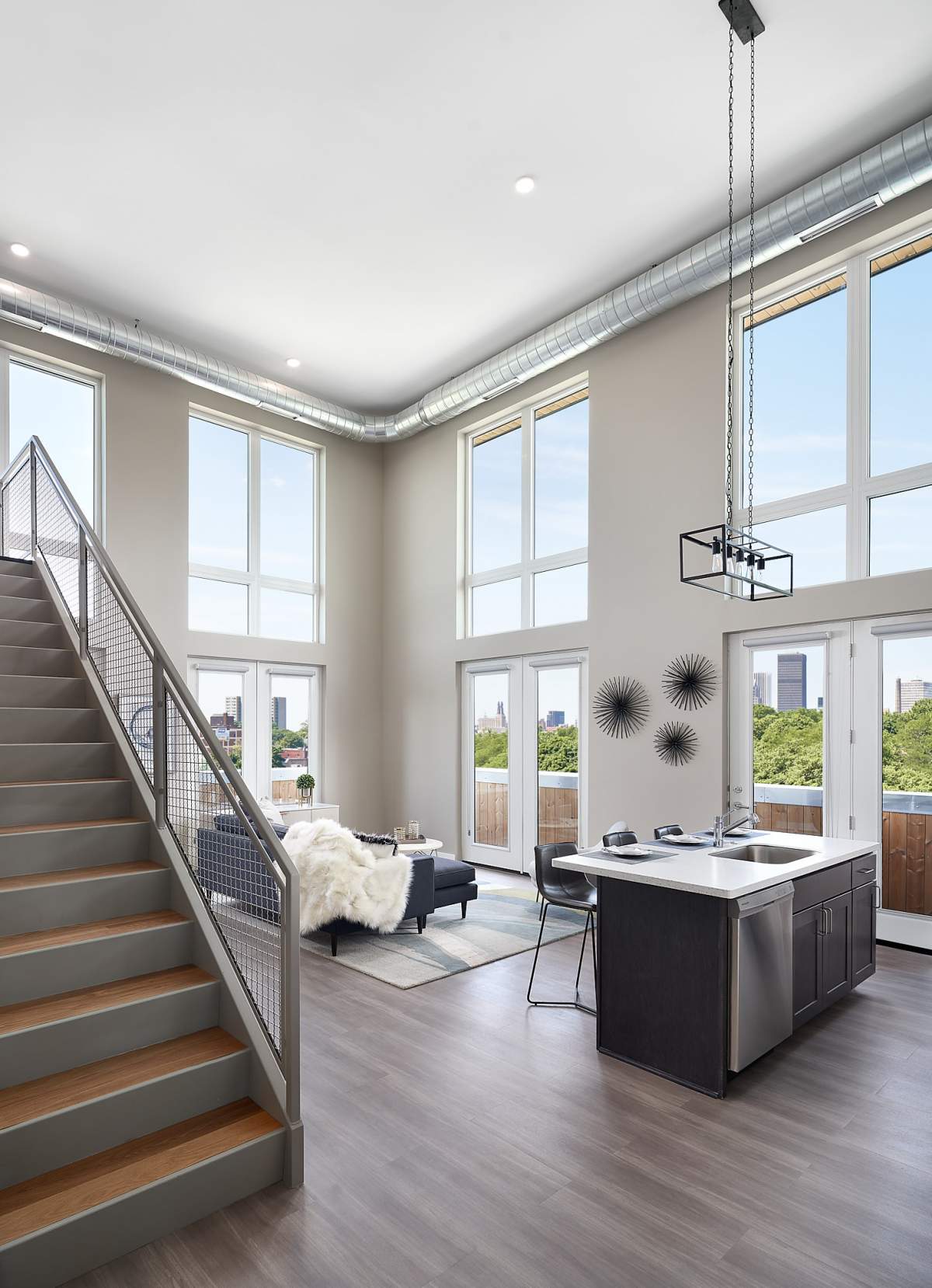 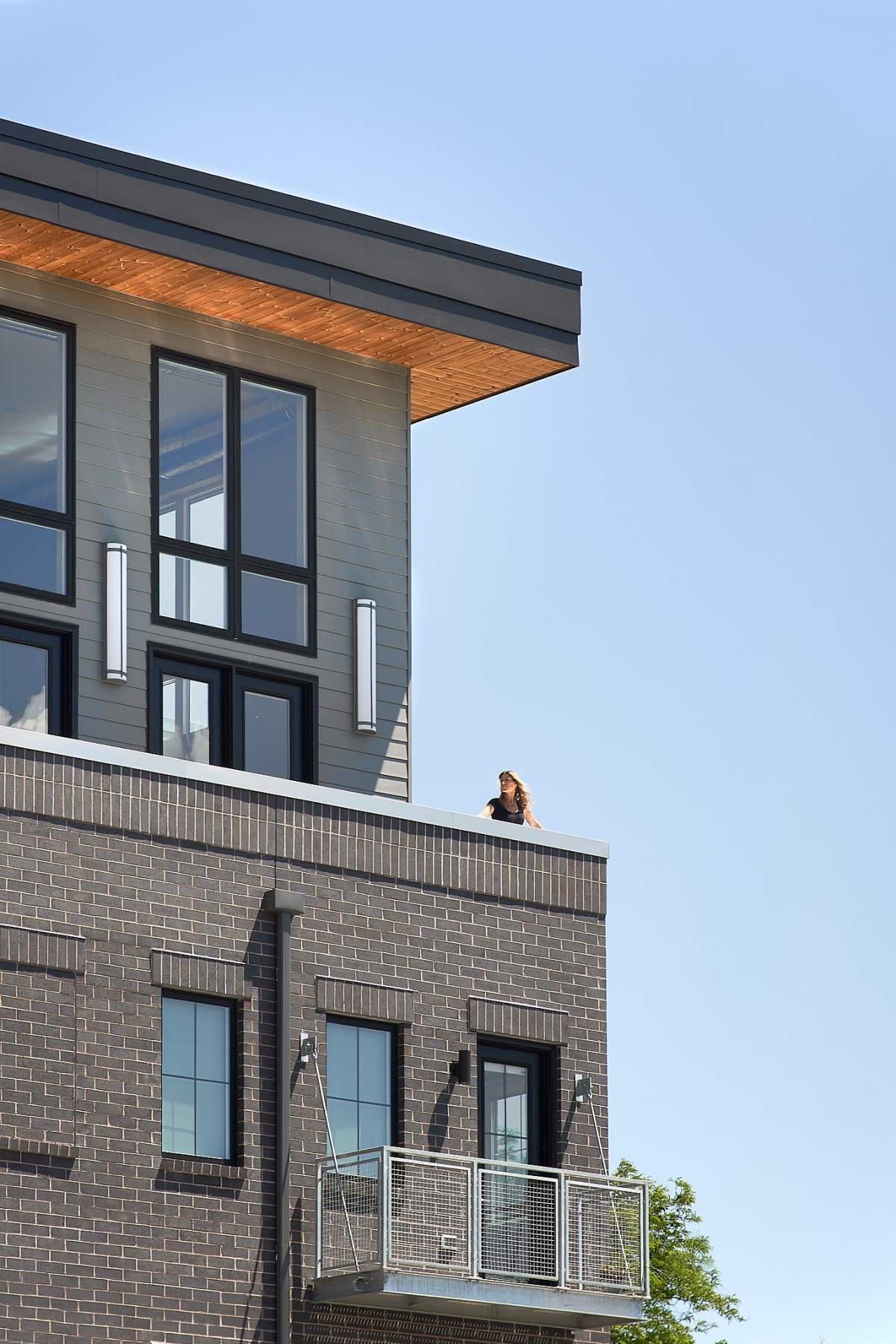 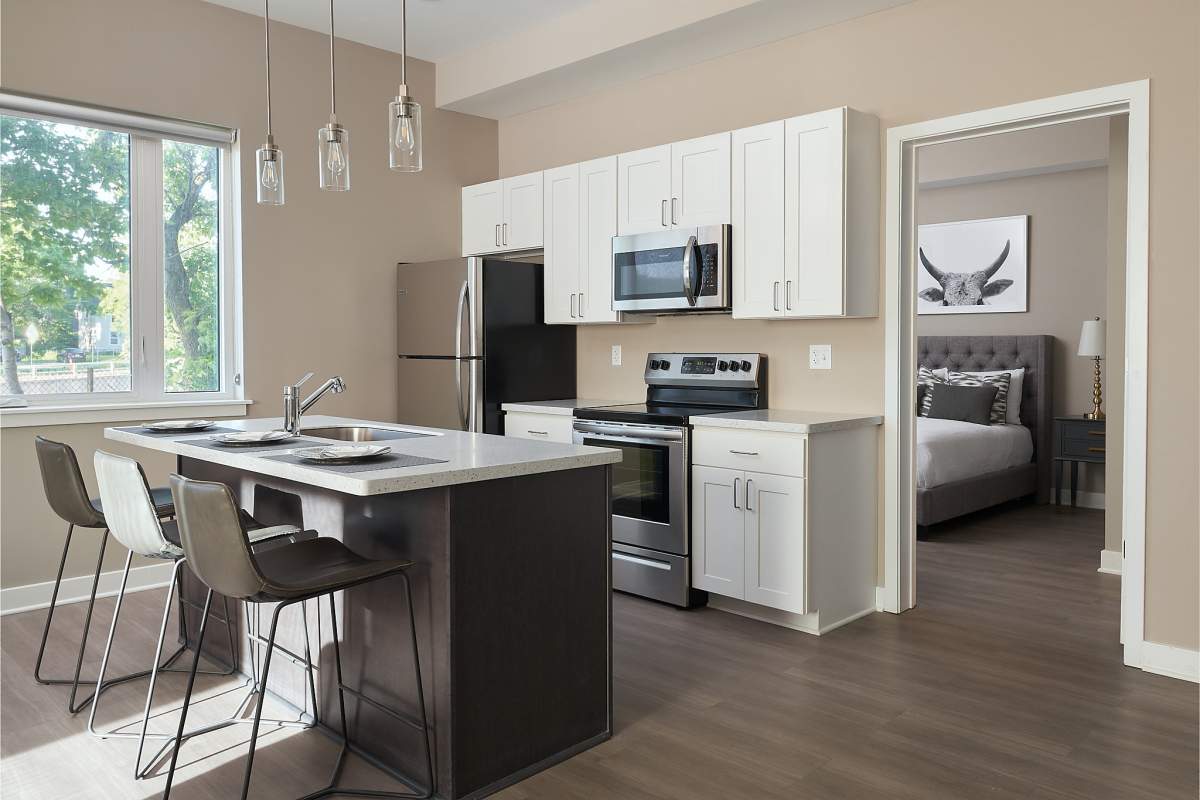 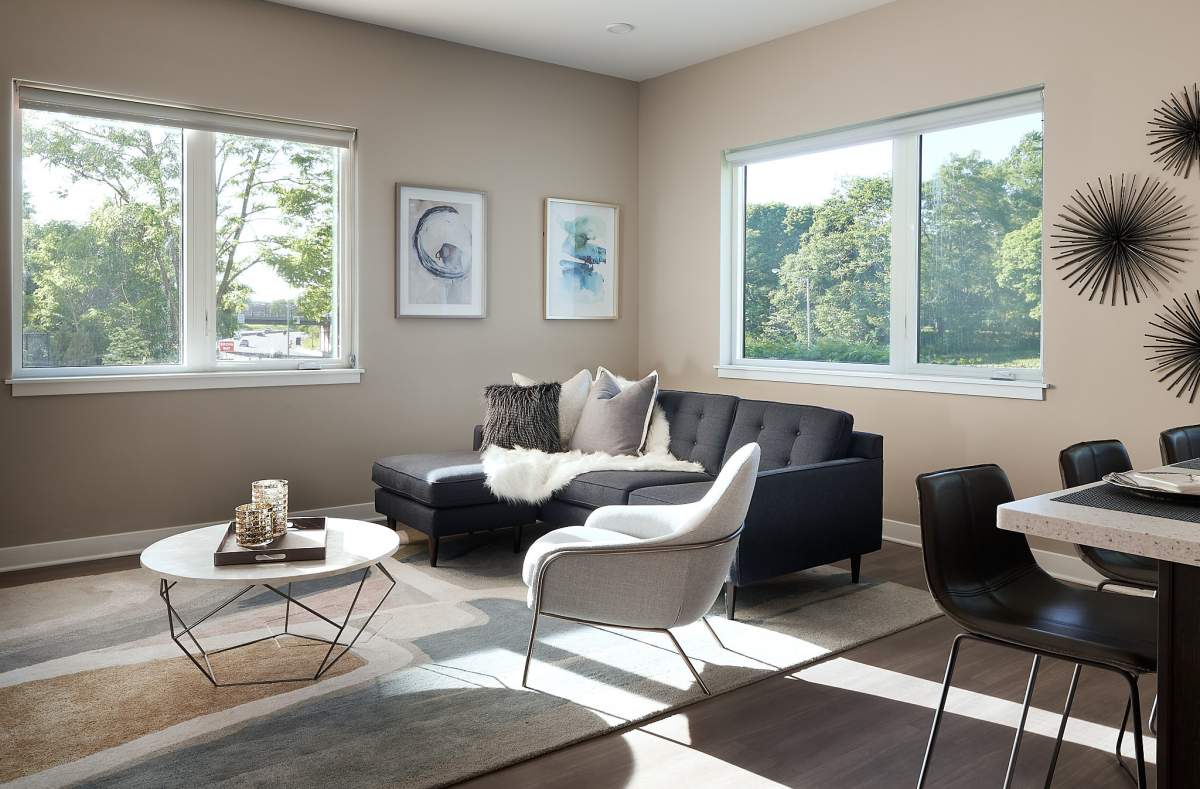 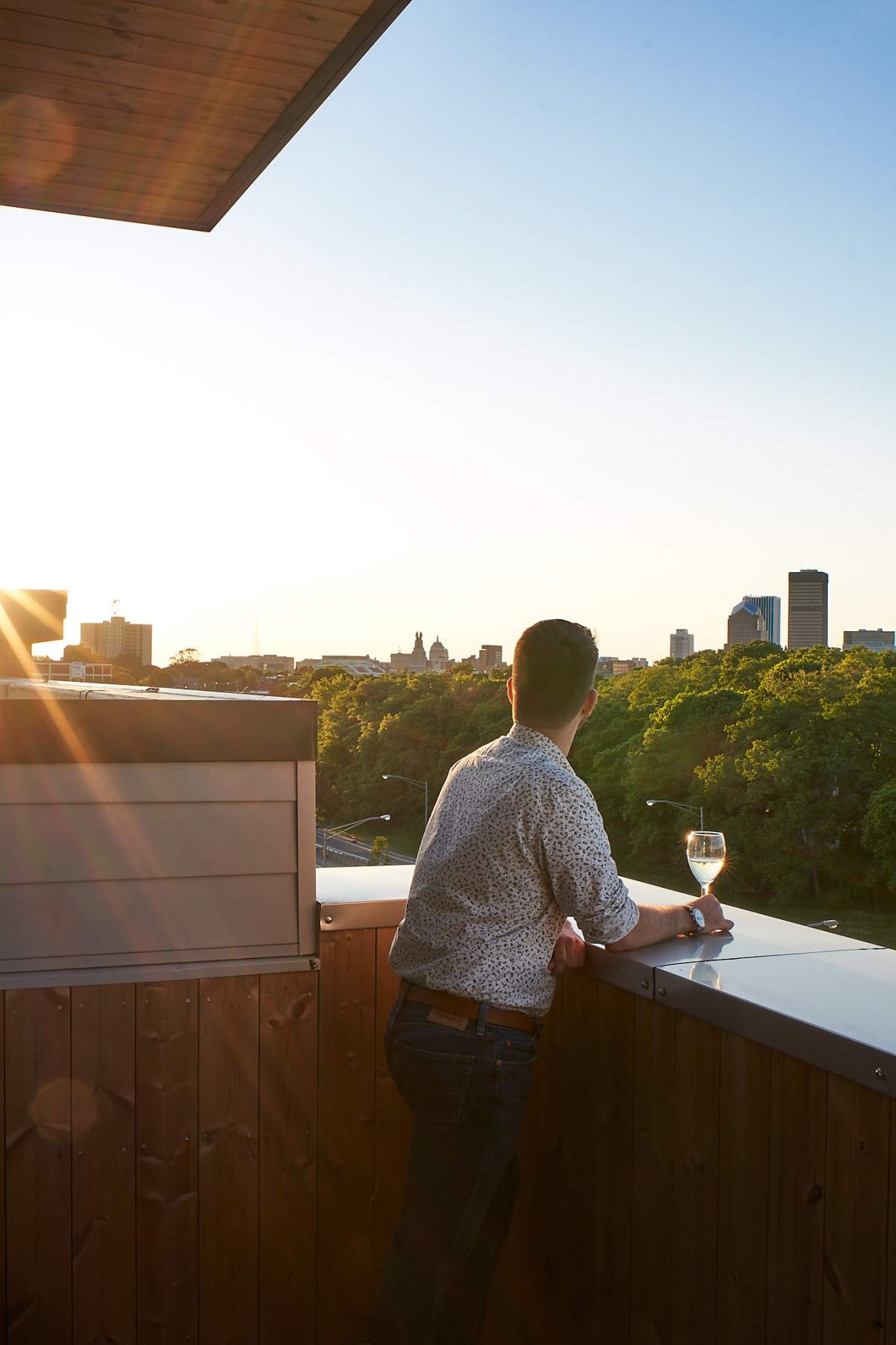 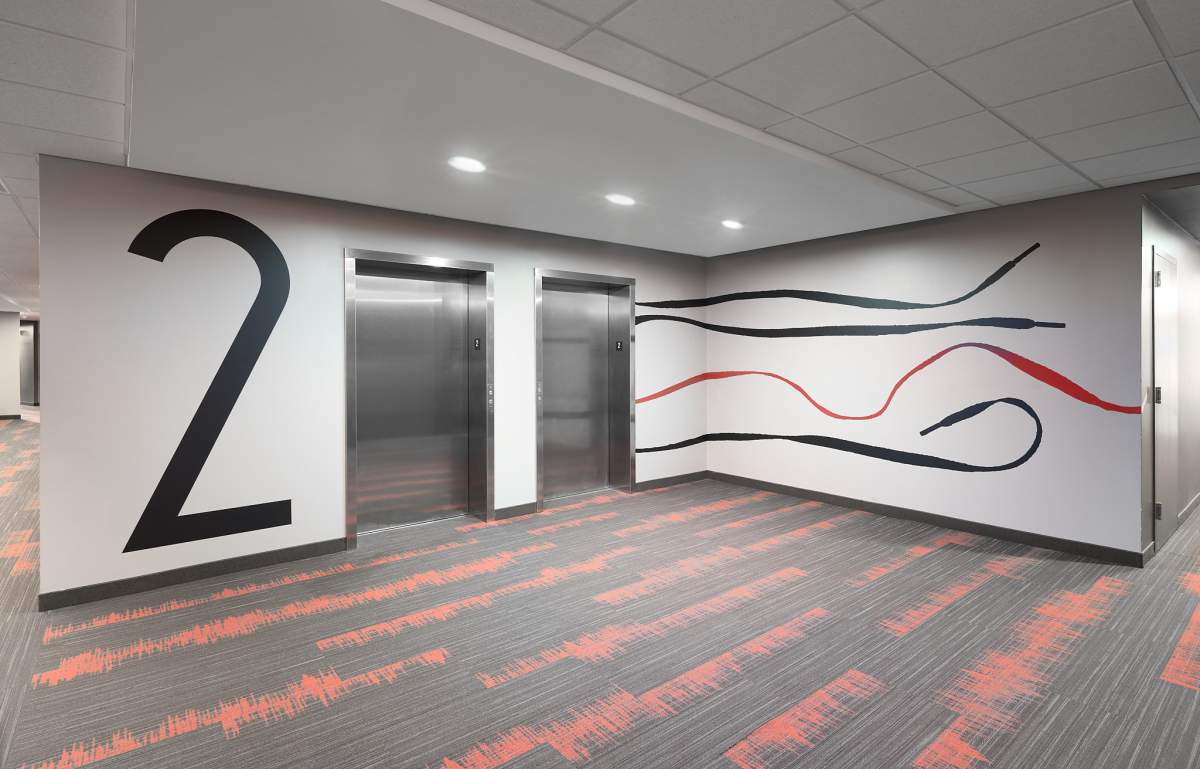 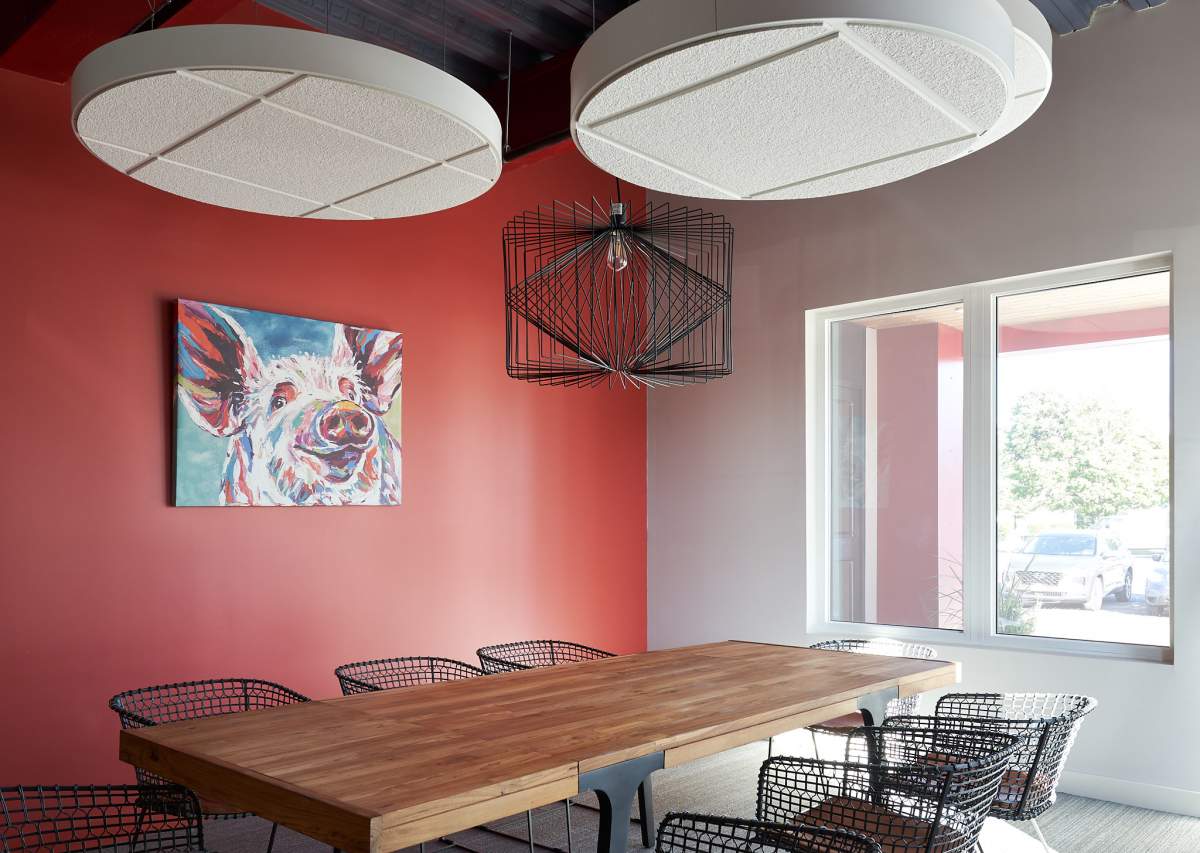 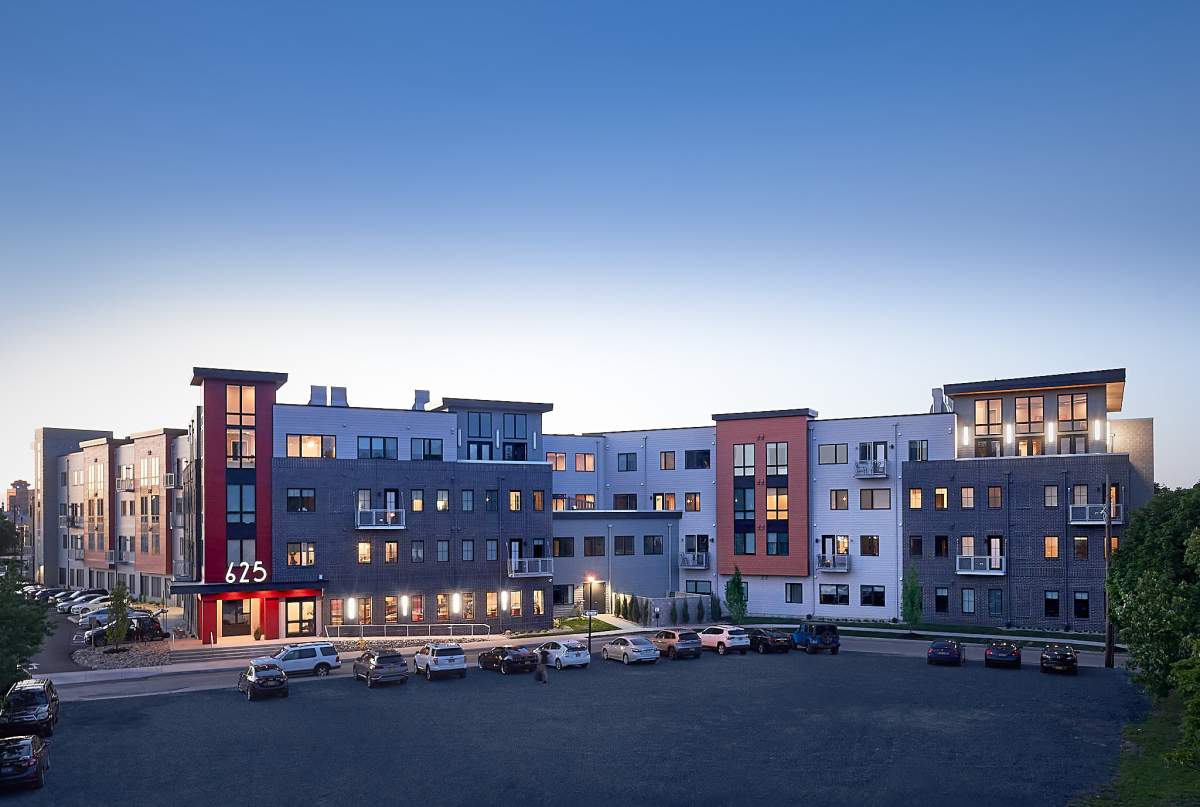 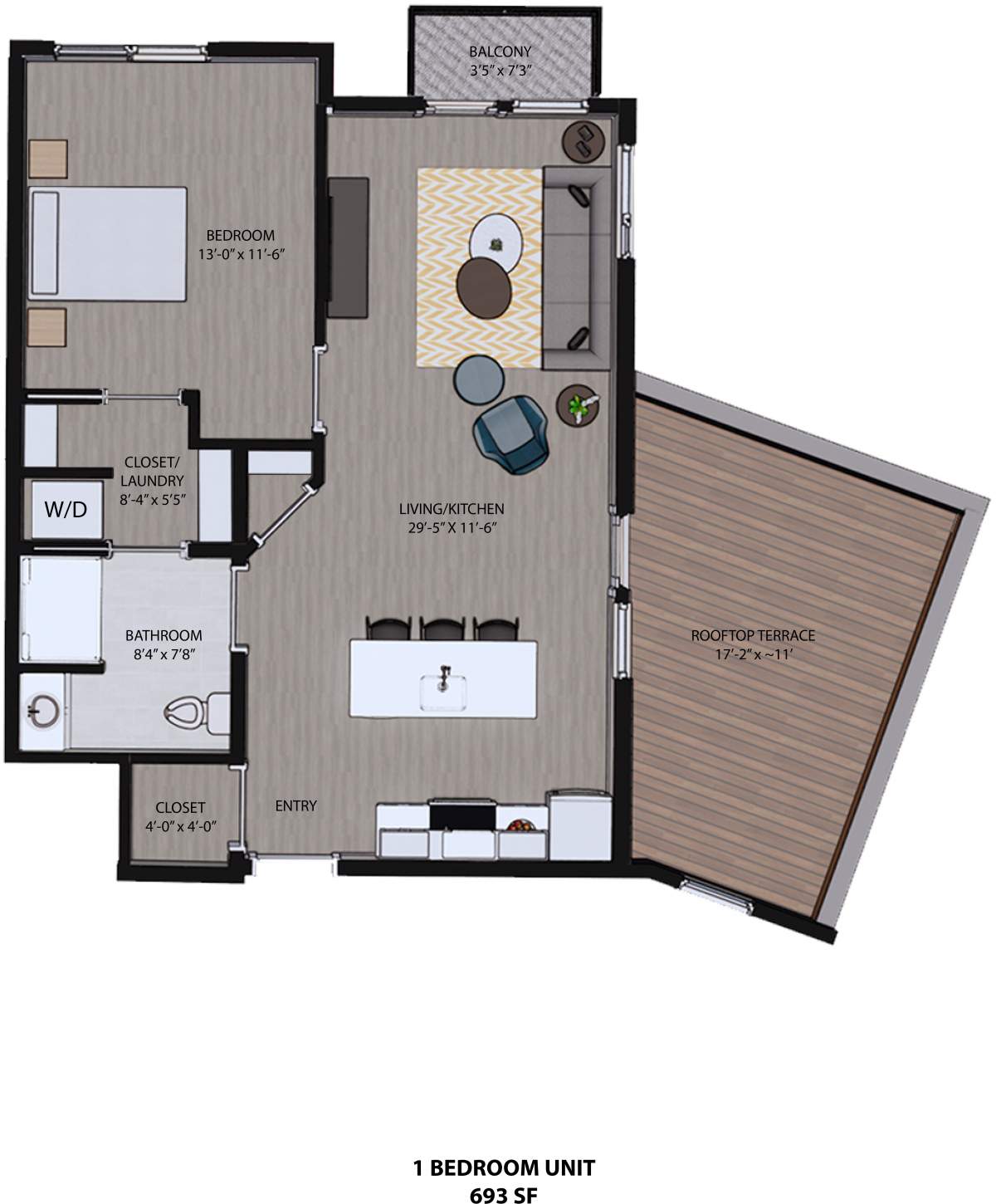 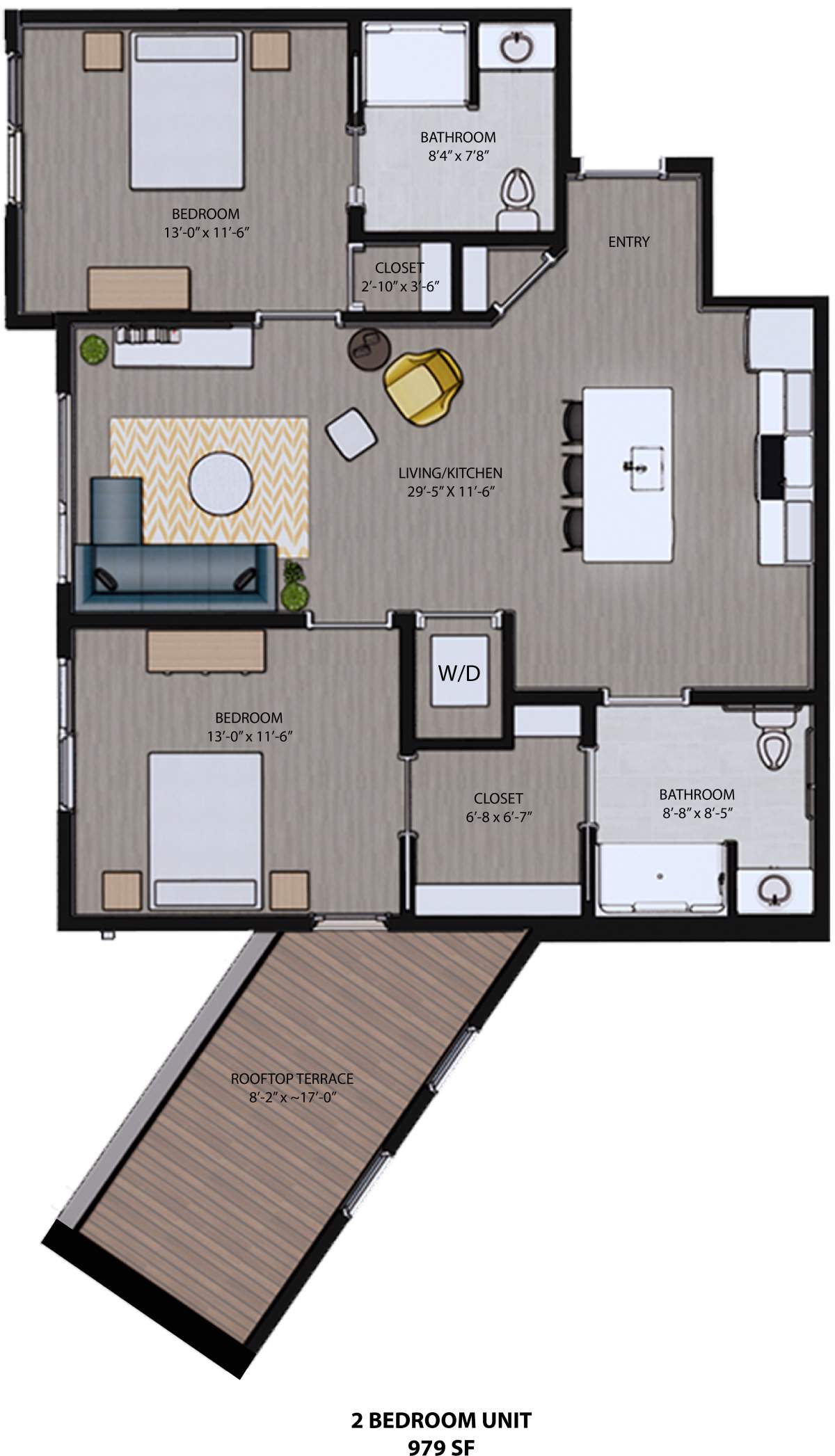 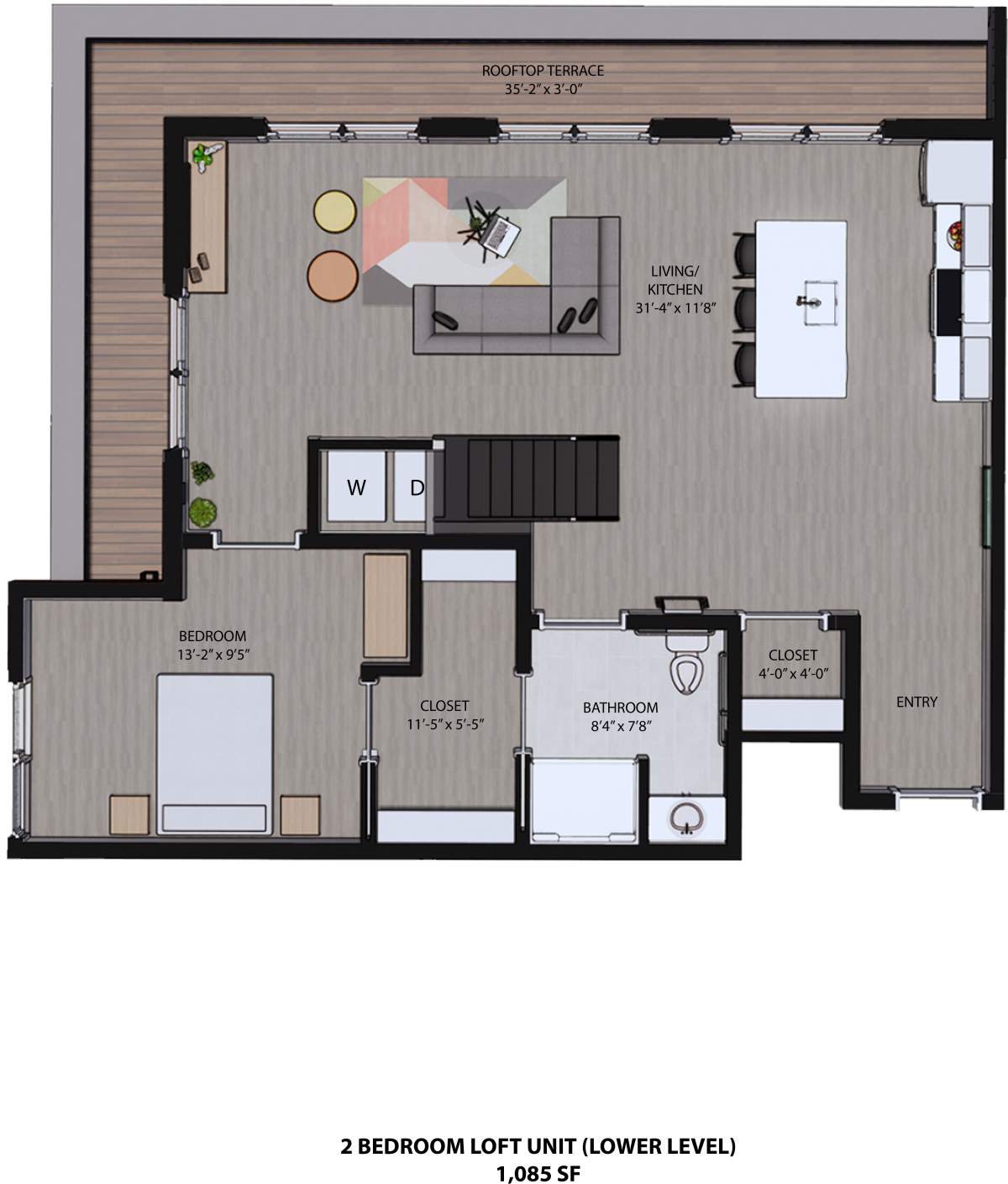 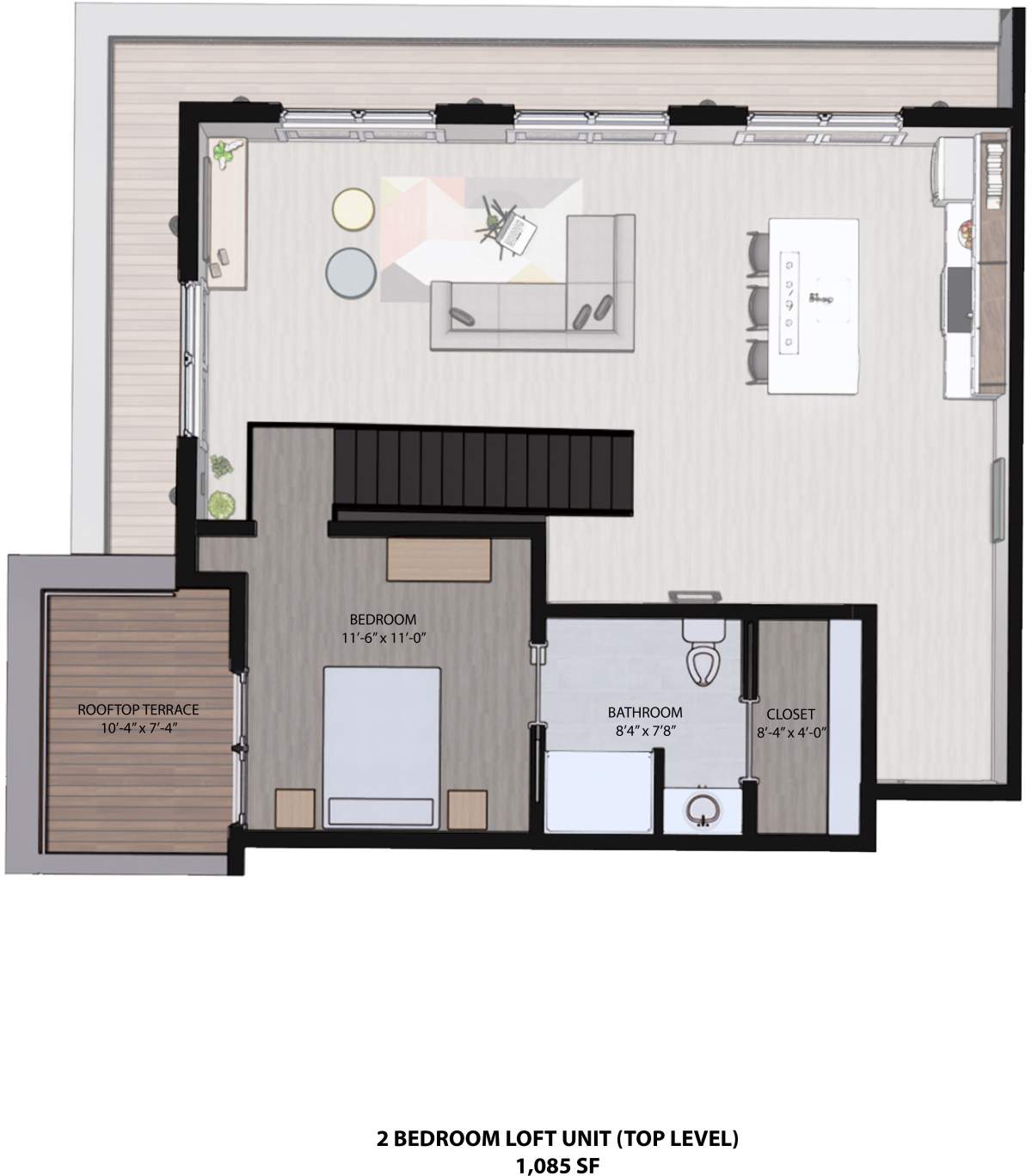