Highways Give Way to Homes as Cities Rebuild

Not long ago, the land where all this construction is taking place was the Inner Loop, a six-lane sunken highway surrounding downtown. In 2014, the city embarked on a plan to bury part of the highway under a mountain of dirt and build a new neighborhood on top of it.

The result: $229 million in new investment, including 519 homes and 45,000 square feet of commercial space. Removing that section of highway has been so successful, officials say, they are now considering burying more of it.

In Rochester and several other American cities, some of the biggest highway infrastructure projects under consideration involve demolition rather than construction. Removals are being considered for stretches of highway in Detroit, Tampa, Fla., Baltimore and elsewhere. They are following in the footsteps of cities such as Portland, Ore., Milwaukee and Chattanooga, Tenn., all of which have removed highways.

The highways mostly date from the 1950s and 1960s, a time when urban planners envisioned a network of high-speed roads whisking people from suburban homes to downtown jobs. Many are part of the Interstate highway system, which was under construction in those years and today connects cities across the U.S. with nearly 47,000 miles of road.

In the process, highway builders swept aside established urban neighborhoods, many of which were predominantly African-American. Businesses soon followed their customers to the suburbs, leaving buildings abandoned.

The roads “cut out a huge part of the fabric of the city and they also encouraged the use of cars so they led to even more blight by requiring more space for parking,” said Norman Garrick, an engineering professor at the University of Connecticut.

Today, the trend is reversing. Revitalized city centers are drawing new residents and businesses. Some cities now see the highways as ugly concrete monoliths that divide neighborhoods and hinder efforts to create pedestrian-friendly spaces. The roads are also getting old. Maintaining them would cost more than officials are willing to spend.

New York state has been particularly active in removing outdated highways. Highway removals are under way in Niagara Falls and the Bronx, and future projects are being discussed in Syracuse and Buffalo.

In Rochester, a thriving downtown grew desolate following the completion of the Inner Loop in the 1960s, on land that had once held almost 1,300 homes, recalled Lovely Warren, the city’s mayor. “If you wanted to come down here it was to go to court or to transfer on the bus,” she said.

In many cities the racial makeup of the neighborhoods determined where the highways would go.

Knitting the neighborhoods back together poses its own challenges. In Rochester, the remaining section of the Inner Loop separates an affluent area of new townhouses from a lower-income neighborhood dotted with vacant lots.

For decades, the highway has served as a moat, keeping the two sides apart. Talk of removing it has sparked gentrification concerns.

“It’s not an evil thing, gentrification, but unless you’re prepared it can have a detrimental effect on the neighborhood,” said Tony Clyde Wilson, steward board president of the New Bethel Christian Methodist Episcopal Church, which sits right next to the Inner Loop.

A group of residents on both sides of the highway has been trying to bridge the gap.

“You’re creating a new neighborhood that hasn’t existed in over 50 years,” said Shawn Dunwoody, an organizer. “We want people invested in shaping that area and making it happen.”

Highway teardowns could soon get some help from the federal government. In July, the Senate Environment and Public Works Committee adopted a $287 billion transportation bill that creates a $120 million program to help fund highway removals.

Sen. Chris Van Hollen (D., Md.), who helped create the program, said he was motivated by Baltimore’s so-called Highway To Nowhere, a one-mile six-lane stretch originally intended to connect to Interstate 70 before it was abandoned.

Officials considering ripping out downtown highways have had to convince residents that they won’t be stuck in endless traffic jams. Studies, including one by Mr. Garrick, have found that removing major roads didn’t noticeably worsen congestion because traffic spread across the existing street grid.

For cities, removing highways brings with it a significant prize: The ability to reclaim acres of developable land. Milwaukee gained almost 30 acres of prime downtown real estate after it demolished the Park East Freeway in 2002 and 2003. Since then, the area has seen about $1 billion in private investment, the city estimates.

“We’ve showed that when you take the highway out of the city it gets better. It’s that simple,” said Peter Park, who served as Milwaukee’s planning director at the time.

That experience has emboldened other big cities.

In Detroit, officials are considering removing Interstate 375, which paved over established black neighborhoods in the city’s core.

In Tampa, planners are studying removing a stretch of Interstate 275 that cut through the historic Tampa Heights neighborhood.

“They’ve asked do we have to have a Great Wall of Tampa? What if there were something better there?” she said. 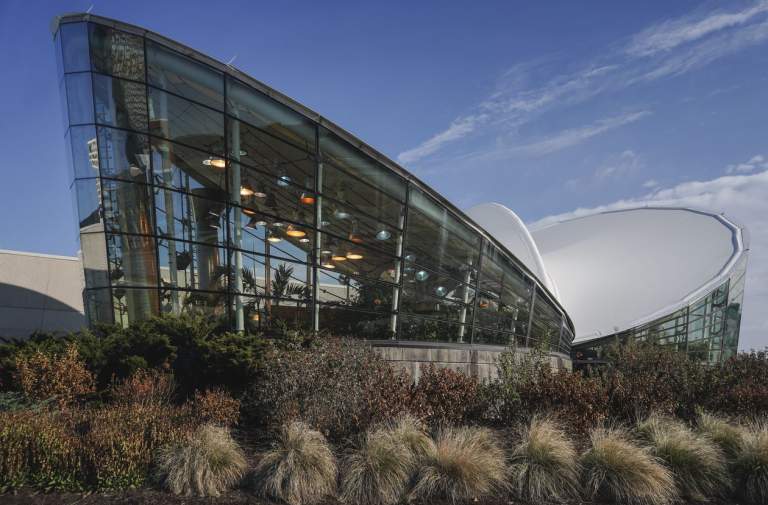 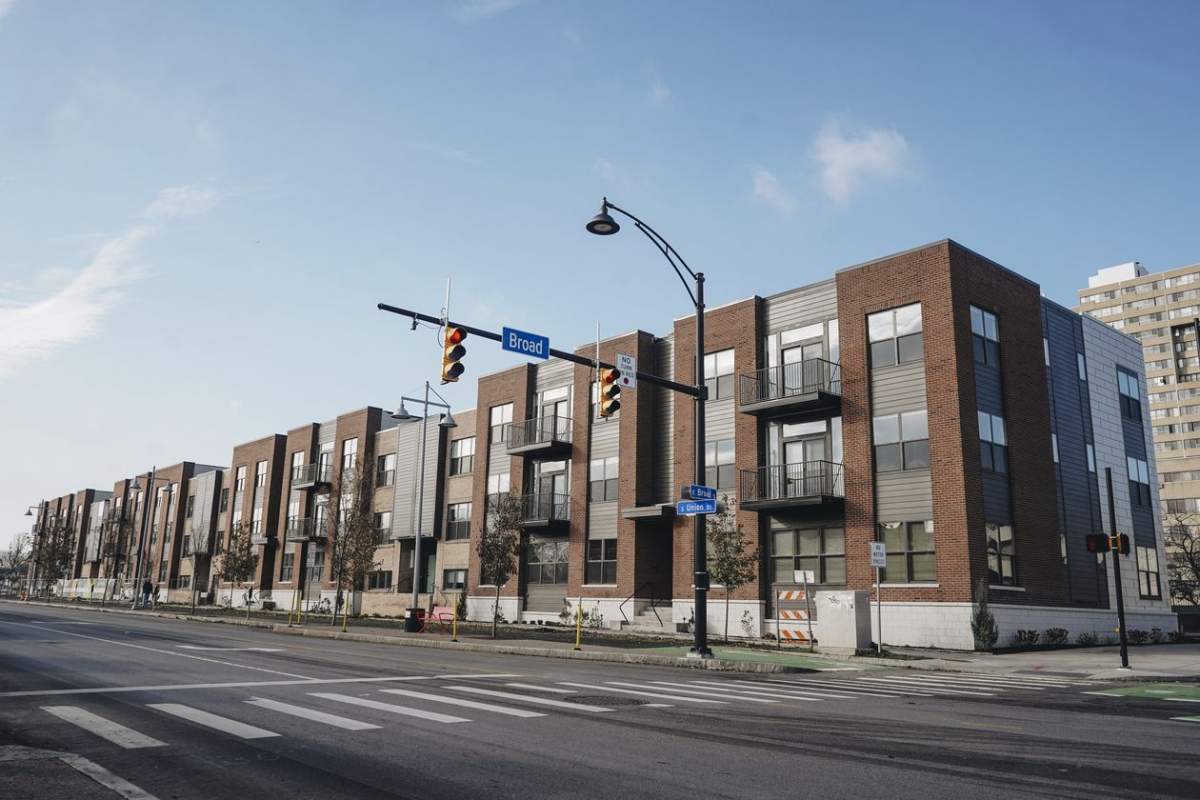 VIDA Rochester, a new luxury apartment complex, is being built on land that was once highway. 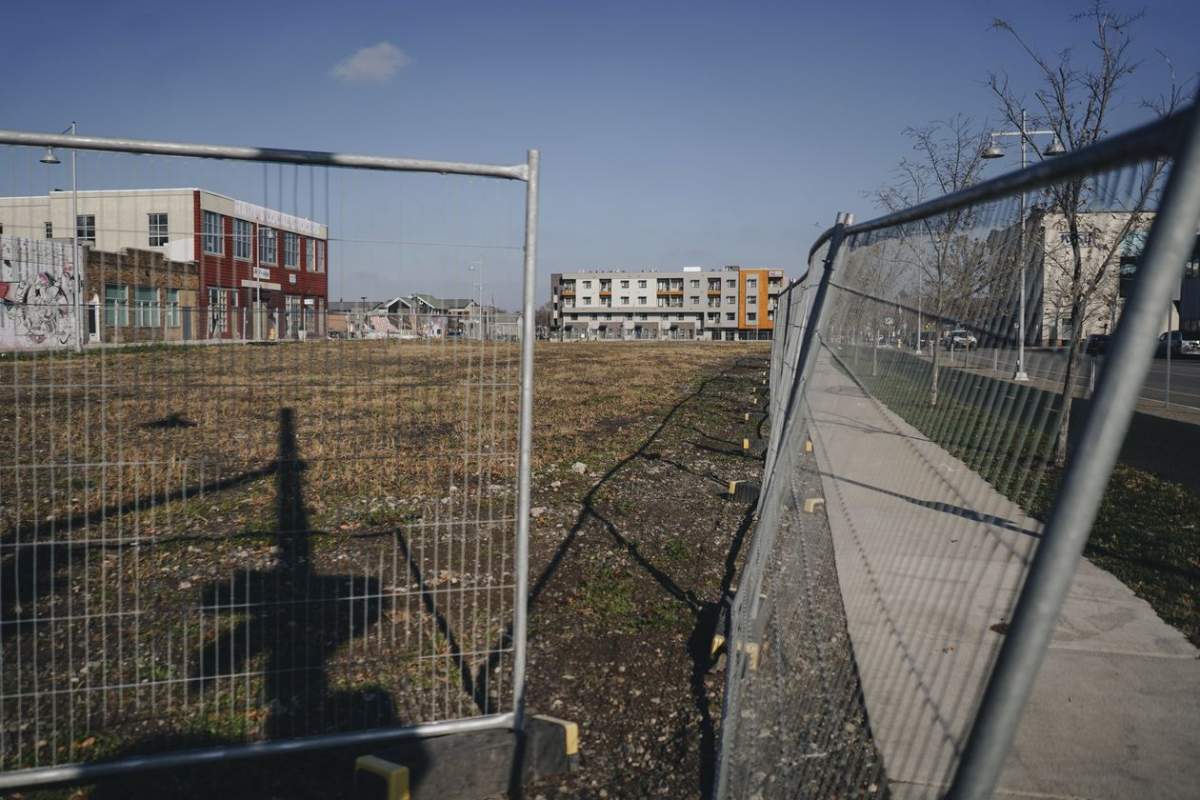 A thriving downtown in Rochester grew desolate following the completion of the Inner Loop in the 1960s. 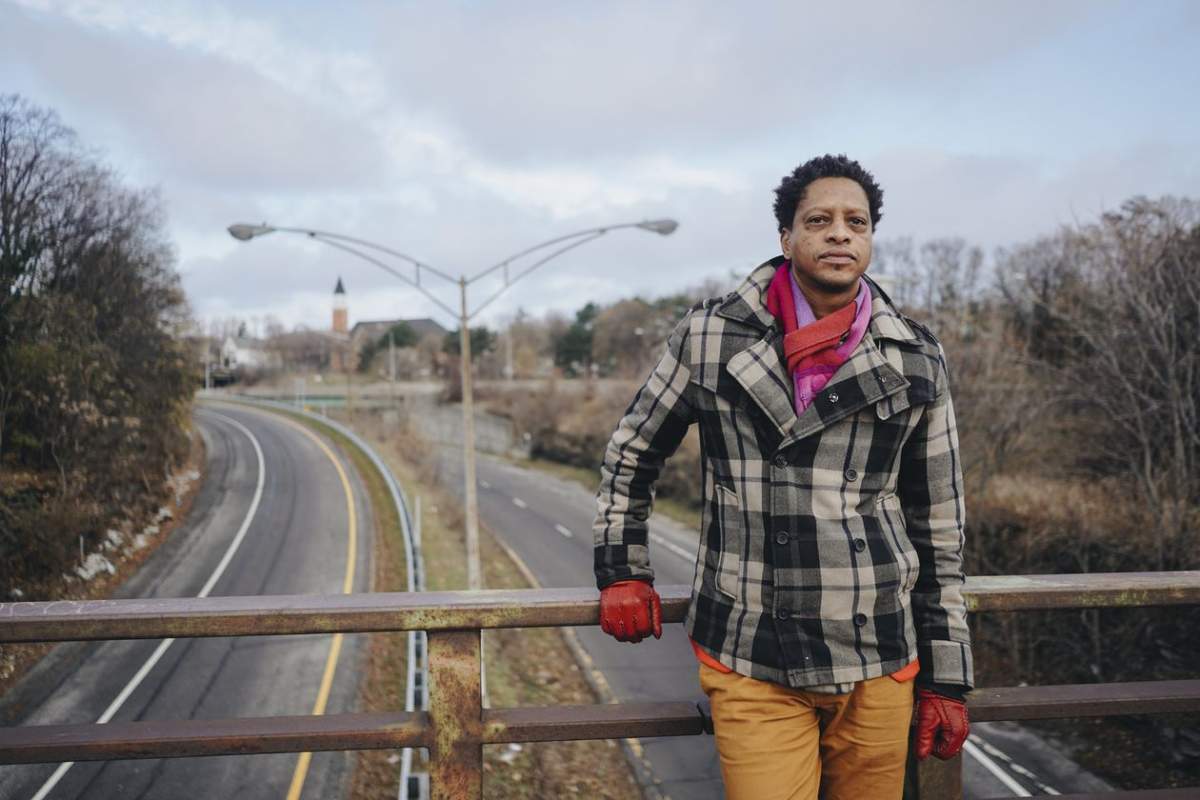 Organizer Shawn Dunwoody says of the Rochester rebuilding plans: ‘You’re creating a new neighborhood that hasn’t existed in over 50 years.’ 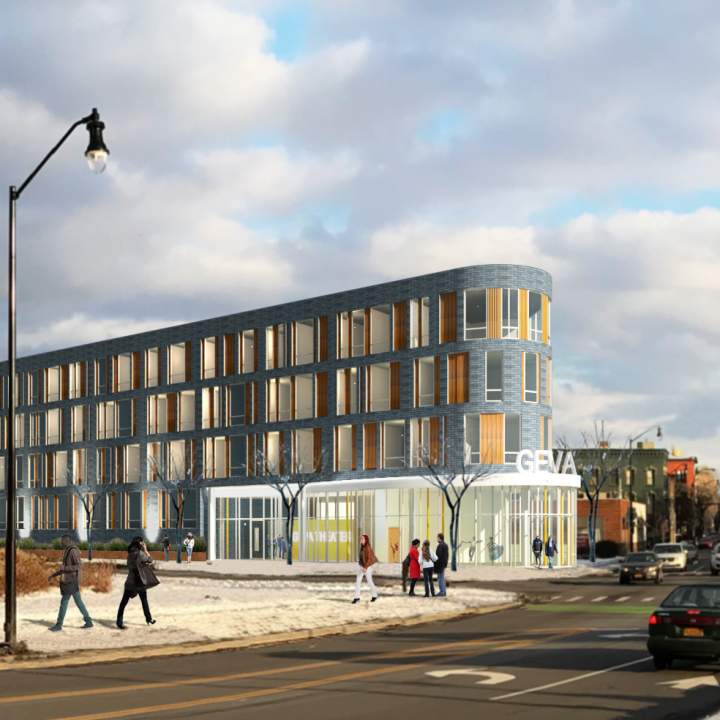 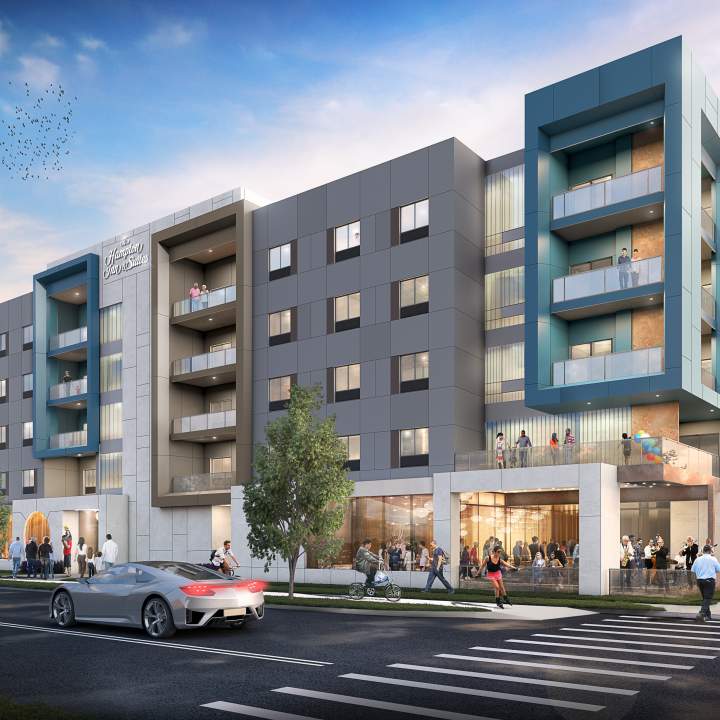 Neighborhood of Play - Hampton Inn and Suites by Hilton 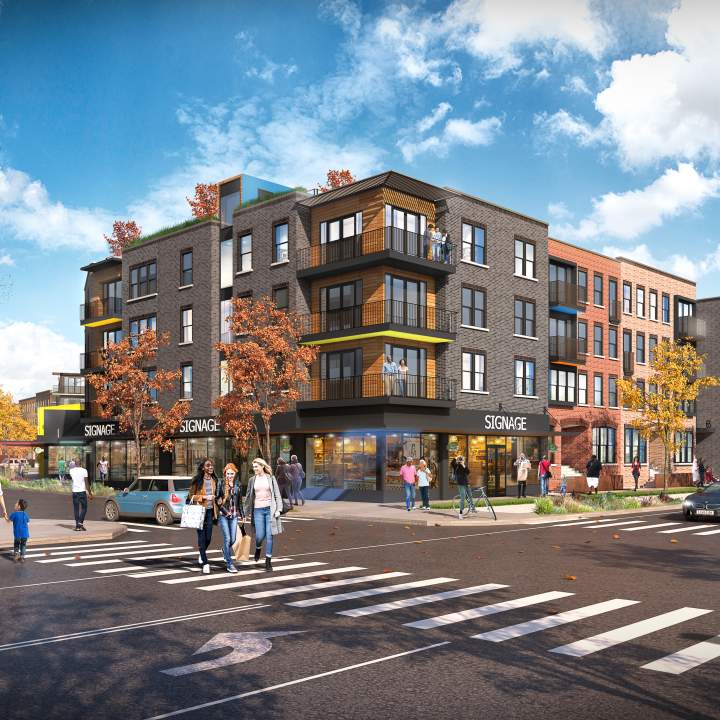 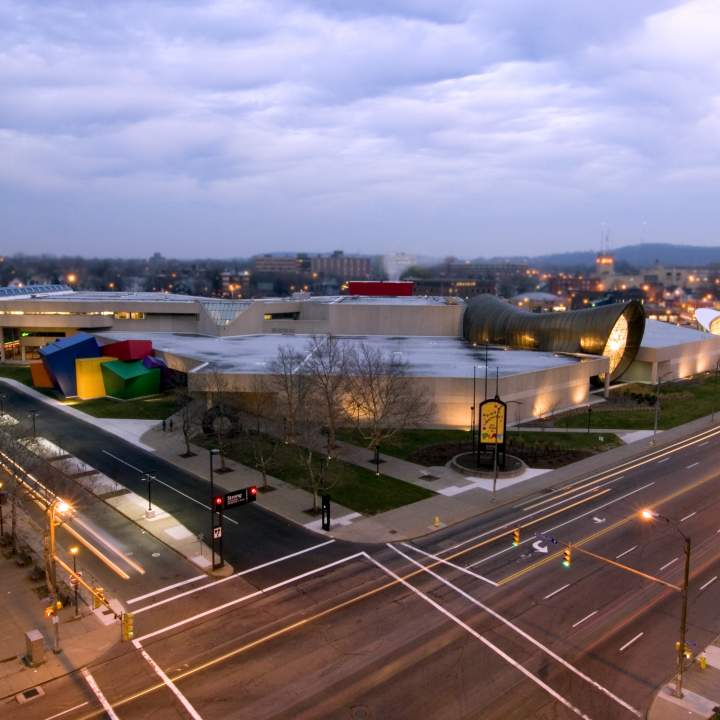